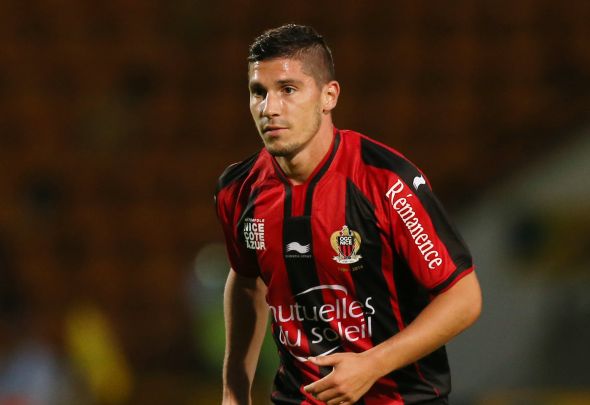 Southampton have stolen a march over West Ham in the race to sign out-of-contract right-back Jeremy Pied, according to a report.

Hammers manager Slaven Bilic was said to be interested in the right-back who has 150 Ligue 1 appearances to his name but is a free agent following the expiry of his Nice contract.

French radio station Europe 1 Sports claim Pied is considering a move to the Premier League after severing his ties with Nice.

The report states that Southampton are front runners to sign the full-back despite West Ham expressing their interest in the former France Under-21s player.

With James Tomkins recently being sold to Crystal Palace, West Ham are relying on Michail Antonio as their first-choice right-back.
Antonio signed a new contract with the club earlier this week, and that will keep him at the club till 2020 but fans remain unconvinced he is capable of playing regularly in that position for a team eyeing Champions League football.
Pied was a reliable performer for Nice in 2015-16, playing 33 times in the league as they finished a credible fourth spot just two points behind Monaco and Lyon but some way off champions PSG.
He joined Nice in 2012 from Lyon for £2.5million, but was loaned out to Guingamp in Ligue 2 for the 2014-15 season.
In other West Ham news, they fear being snubbed after it emerged that their £26million target would prefer a move to Spain.