The central defender, 28, has struggled for game time in his second season at the London Stadium, which is likely to now be his last.

A West Ham source has told Football Insider that David Moyes wants a more reliable third senior centre-back and “does not trust” Balbuena.

The Paraguay international has started just one Premier League match since early January, the dispiriting 2-0 defeat to Tottenham on 23 June.

Tellingly, Moyes preferred to drop Declan Rice back to centre-back to partner Issa Diop in the previous match – a 2-0 loss to Wolves – when Angelo Ogbonna was unavailable due to injury.

Diop and Ogbonna have emerged as the first choice centre-back partnership at West Ham, with the latter playing some of the best football of his career and a strong contender to win the club’s player of the year award.

The London club’s summer transfer plans will mostly be dictated by whether they avoid Premier League relegation.

That now looks increasingly likely, but Balbuena is expected to leave regardless of the outcome.

He was an unused substitute for their eight league matches prior to the mid-March lockdown and has subsequently started one out of five games. 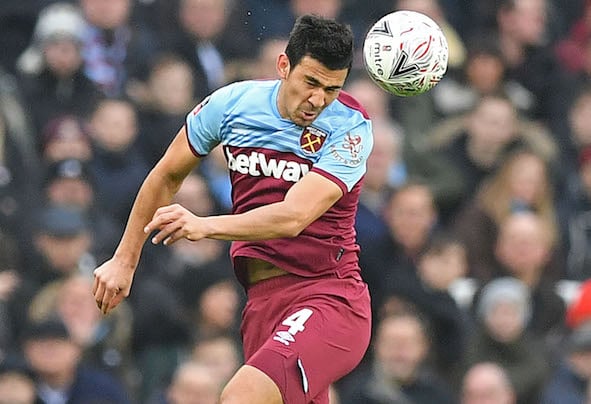 The 28-year-old has gone backwards since a creditable opening campaign at the Irons following his £4million arrival in the summer of 2018 when Manuel Pellegrini was in charge.

He has one year remaining on his contract and the next transfer window could be the last opportunity to secure a major fee.