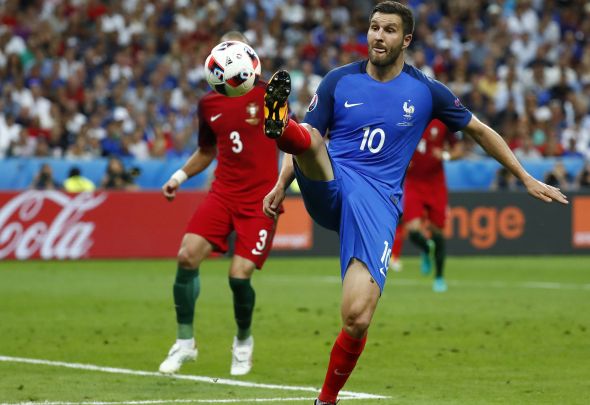 West Ham’s neverending shortlist of strikers has grown even further as they target France international Andre-Pierre Gignac, according to a report.

Hammers boss Slaven Bilic looks set to rival Spanish Champions Barcelona as the two sides go head-to-head to bring the Frenchman back to Europe, who helped France reach the final of Euro 2016.

Mexican outlet Esto claim that the East London side are interested in reuniting the Mexico-based 30-year-old, with his former Marseille teammate Andre Ayew.

Gignac made a surprise move to Tigres last summer despite scoring 23 goals in all competitions, during 38 encounters for Marseille in the 2014-15 season.

The number 10 continued his emphatic goalscoring form in North America, scoring 32 goals in 37 games and earning a call-up to France’s Euro 2016 squad as Olivier Giroud’s back-up.

The former Toulouse striker, who has been capped 30 times by France after making his debut in 2009 against Lithuania, has two years remaining on his Estadio Universitario deal.

West Ham have been desperate to add a striker to their attacking ranks after doubts continue to surround the future of Diafra Sakho and Enner Valencia.

Former Croatia manager Bilic has brought in Swansea’s Ayew as well as Argentinian forward Jonathan Calleri, but neither are recognised as a number nine and Gignac would fit that category.

In other West Ham transfer news, this Porto forward is also high on Bilic’s striker shortlist.