The former Leeds and Coventry forward, speaking exclusively to Football Insider, suggested the 21-year-old could become the new Jermain Defoe in east London.

The Evening Standard claim the Gunners’ forward is on the Irons’ shortlist of striker targets ahead of the summer. 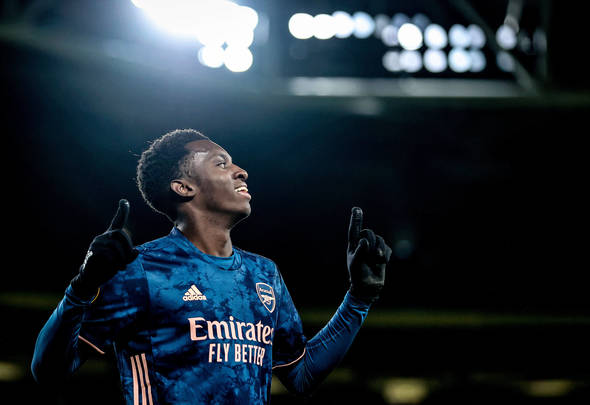 It is said that Folarin Balogun’s new contract could see Arsenal soften their stance on letting Nketiah leave at the end of the season.

The England under-21 international is set to enter the final 12 months of his current deal at the Emirates Stadium.

He has played 26 times this season, albeit with just three league starts under his belt.

Whelan, who watched the striker for half a season on loan at Leeds, insisted he would be a “fantastic” addition for the Irons.

“His movement, he’s matured while he’s been playing under Arteta. He’s put his faith in him, given him the chance and opportunities. We’ve seen him still doing it for the England under-21s.

“He reminds me of another Jermaine Defoe and look at how well he did at West Ham. He’s very much that similar sort of player. He plays off the shoulder, very dangerous in the box. He’s a player you can’t take your eye off because his movement’s so good. 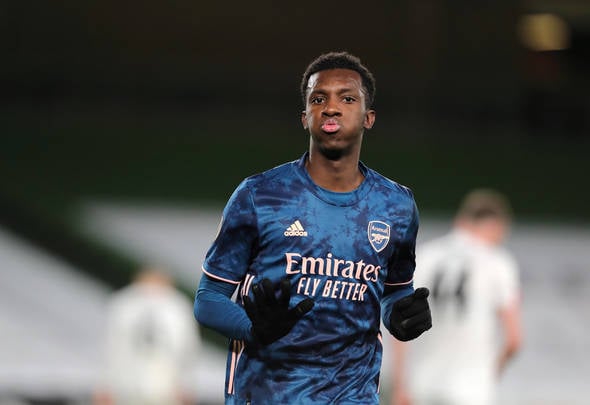 “If he’s available then he would be a fantastic signing.

“I think that extra year in the Premier League, playing under Arteta and with the players they have will probably mature him into an even better goal scorer. That’d be a really good move for West Ham.”

In other news, West Ham are in pole position for another striker amid Leicester City twist.