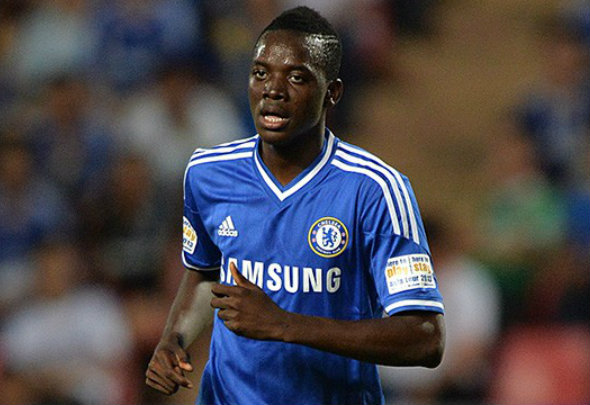 West Ham are looking to sign young attacker Bertrand Traore from London rivals Chelsea, according to a report.

The Mirror has claimed that the Hammers are “big admirers” of the 21-year-old right-winger who is valued at £17million,

The youngster has spent time on loan in Holland during his career with the Blues with both Vitesse and Ajax respectively.

But, the Mirror report details that West Ham want to sign him permanently if Antonio Conte is open to allowing Traore to leave the club.

However, there could also be a hurdle for the east London club with Premier League rivals Everton also said to be keen on the 38-time Burkina Faso international.

It is claimed that the Toffees would like the youngster to be involved in any deal that would see star striker Romelu Lukaku return to Chelsea.

Traore has played just 16 times for the Chelsea first team, scoring four goals while returning one assist since joining from French club Auxerre in October 2013.

While his loan deal at Ajax in the last campaign proved a success as he returned 13 goals and six assists in 39 appearances in all competitions, including playing a vital role in their Europa League campaign.

Traore is a talented young attacker, but is he worth £17million? Definitely not. The young winger has only shown that he has the ability to play in the Dutch leagues so far in his career and plenty of more experienced players have failed to make the transition over to England. West Ham do need a winger and for a much lesser price Traore should be considered a must buy due to his age and ability. However, at the current value Slaven Bilic should steer clear.

In other West Ham transfer news, the Hammers are planning a seven-figure bid for rapid attacker.