Noel Whelan claimed Celtic may re-sign Jack Aitchison in the future after the forward completed a permanent move to Barnsley on Monday.

Speaking exclusively to Football Insider correspondent Dylan Childs, the former Aberdeen and Leeds United striker suggested that the 20-year-old was “cut loose” because he was “not up to scratch” at Parkhead.

The club confirmed the departure of their academy product on deadline-day as he signed a three-year deal at Barnsley before completing a loan move to Stevenage.

I would like to thank @CelticFC for the last 13 years , thank you to all the coaching staff & the staff behind the scenes as it’s them that make it a great place to be , I have met some great people and made some amazing friends , I cannot thank you all enough. pic.twitter.com/KCp9wMAgRr

Aitchison scored once in three senior appearances for the Hoops, all as a substitute, with his last appearance coming against Partick Thistle in April 2017.

Whelan praise the striker for making a permanent move to England in search of regular first team football.

“It is great to see a young player getting out there in search of first team football. It is the best thing for Aitchison.

“If he is not up to scratch and is not going to be required throughout the season then it is best to cut them loose.

“The club will know the good players they have got coming through their ranks. If a player is not up to their requirements then they will let them go.

“You never know, in few years time, playing at Barnsley, they might reconsider and sign him back for a lot more!” 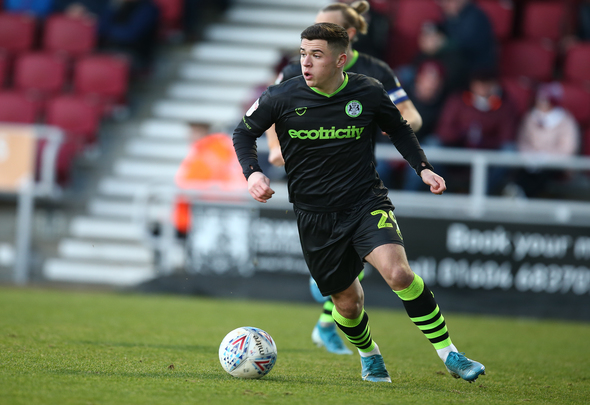 He also enjoyed loan spells at Dumbarton and Alloa during his time with the Bhoys.