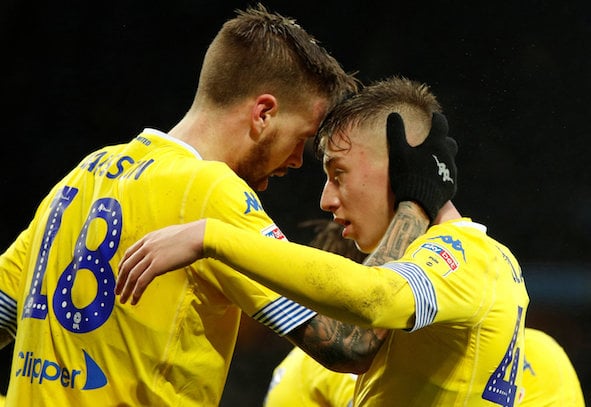 Noel Whelan says that Leeds United must sell promising winger Jack Clarke if a club were to meet the £20million price tag placed on his head.

Speaking exclusively to Football Insider, the former Elland Road forward said that the teenage talent still has some way to go before proving his potential and that a big money sale this summer would strengthen the side more than keeping him on board.

As exclusively revealed by Football Insider, Premier League side Tottenham have tabled a new and improved offer of £8million for the 18-year-old having seen a multi-million pound bid rejected by Leeds, who have set a £20million valuation.

Whelan says that Clarke is quite clearly on the road to being a very good footballer, crediting the backroom staff at Elland Road over his development, but insists that if Spurs or anyone else were to meet Leeds’ asking price, the club must sell up.

Asked if the young winger was worth Leeds’ £20million demands, Whelan said: “Right now, no, but if they’re willing to take it then we’ll take £20million, absolutely.

“Jack Clarke is a work in progress. We’ve got him up to a certain place in his footballing career, a certain standard of his ability which was helped at Leeds United by the coaching staff. Yes, ability as well that he was born with but we brought him into a side where he’s done okay.

“If that’s going to release £20million to spend on players, as much as I think he’s a work in progress and could be a smashing player in the future, he’s still not the finished article. So £20million right now to get someone who’s going to give us a little bit more, in probably three or four areas, yeah, I would sell him.”

Since breaking into the first team back in 2018 Clarke has gone on to make 25 appearances for the Whites across all competitions, the first of his two goals coming in a 3-2 victory over Aston Villa.

In other Leeds United news, it can be REVEALED that the club have made real progress in bid to sign 21-year-old top of Bielsa’s transfer list.