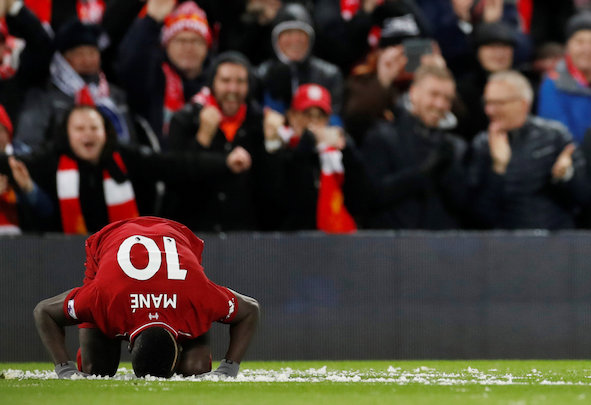 Liverpool’s form in the final months of the campaign has been “perfect” and makes them big favourites to win Saturday’s Champions League final against Tottenham, according to Noel Whelan.

Speaking exclusively to Football Insider, the ex-Leeds United and Coventry City striker has been “stunned” by the results and performances of Jurgen Klopp’s side.

Liverpool won their final nine league matches of the campaign to secure an astonishing 97-points haul but still lost out to eventual title winners Manchester City by an agonising single point.

“Liverpool are a brilliant team, superbly managed by Klopp and have exceptional players everywhere you look,” Whelan told Football Insider. “It’s hard to find a weakness – the goalkeeper is exceptional, Virgil van Dijk is just brilliant, so are the full-backs, and Joel Matip was probably their best player in the two matches against Barcelona. “The front three are outstanding, unplayable at times, and the midfielders are far better than people give them credit for. I guarantee you everyone who plays against them will not feel they are anything but excellent. Maybe they don’t score goals, but they have all other bases covered.

“I’ve been stunned by the performances and results over the last two months, it’s been a kind of relentless brilliance.

“Tottenham are a really good team and have punched above their weight to reach the final, but I would be surprised if they stop Liverpool from getting what they deserve.”

Liverpool have won the Champions League five times, and have featured in their fourth final in years including their 2005 triumph, while Spurs are in their first final.