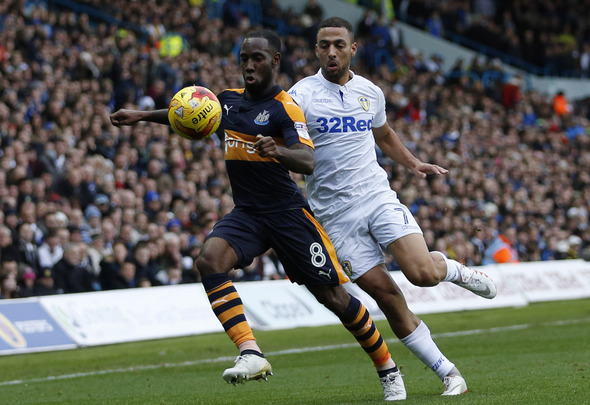 Oxford manager and former Leeds assistant Pep Clotet has tipped young attacker Kemar Roofe for success in the next campaign, stating “he will be a better player next season.”

The 24-year-old made the switch to Elland Road from the Oxfordshire-based club last summer in a deal thought to be worth a huge £3million.

He worked alongside Clotet as part of Garry Monk’s coaching staff in his debut campaign for the Yorkshire giants, scoring four goals and providing seven assists in 49 appearances in all competitions.

Now, Clotet, who left Leeds for Oxford earlier in the summer has spoken highly of Roofe as he prepares to face the Whites for a pre-season clash on Saturday.

“I have a very good relationship with Kemar. We worked together for a year at Leeds,” told Clotet, as quoted by the Oxford Mail.

“He was a fantastic player for us and he will be a better player next season because he’s had the experience.

“I spoke to him a lot during the season about Oxford because I was interested in where the players came from.

“From those conversations I had an impression of what Oxford was like.”

Roofe was one of the standout players while at Oxford and in April 2016 he was voted the Football League Two’s Player of the Year as well as being named in the League Two Team of the Year.

It is certainly a big jump from England’s fourth tier to the Championship, but after a year at the club Roofe will now be looking to bring the same form he showed at Oxford to Elland Road as Leeds look to make a promotion push under Thomas Christiansen next season.

In other Leeds news, a reliable journalist has given the Whites’ stance on this 28-year-old defender.

Mills excited as source reveals Leeds masterplan for next season