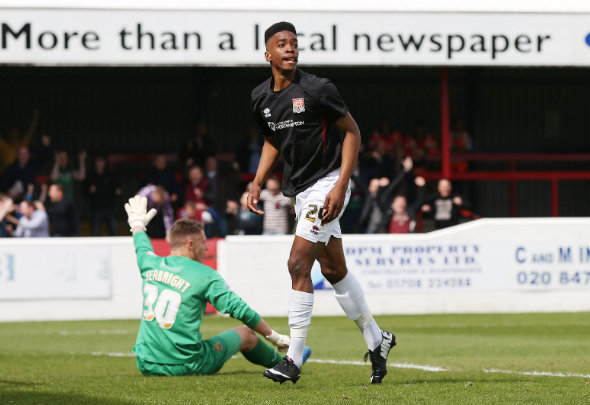 Scunthorpe manager Graham Alexander has confirmed that his board are interested in signing Newcastle striker Ivan Toney and adds that “they will be in contact” over a possible deal.

The Newcastle Chronicle reports that a loan deal is “on the cards” for the 21-year-old to return to Glanford Park after spending the second half of last season with the Iron.

Alexander has asserted that the Scunthorpe board will be in touch with the Magpies if they wish to land the striker on a second deal, but also says that it has been some time since he last heard anything from Toney’s people.

“I don’t think he has signed for anybody so I am always interested in good players,” said Alexander, as quoted by the Chronicle.

“I haven’t heard anything in the last few weeks from his representatives or his club or anything like that.

“They wanted Ivan to be on board with them for the majority of pre season, to really have a look at him and cast their eyes over him and you can understand that.

“If anything was going to change they will be in contact.”

The Newcastle Chronicle reports that Toney isn’t the only forward expected to leave St. James’ Park in the coming weeks with Daryl Murphy on the verge of a switch to Nottingham Forest in a deal worth £2million.

It hasn’t been the busiest of summers on Tyneside and Rafa Benitez could be worried by the lack of progress he has made in the transfer market.

Toney doesn’t appear to have any chance of breaking into the Newcastle first-team any time soon, and it looks as though he might never get the chance. At 21-years-of-age, the forward has to be at least earning a spot on the bench if he wants to show any kind of progression, or at least attract loan offers from the top end of the Championship. It’s a very worrying time for Newcastle’s academy products, as it seems none of them are anywhere near Benitez’s plans. It seems the Spaniard doesn’t have any trust in the young Englishmen and would rather bolster his squad with cheap deals from abroad.

In other Newcastle news, the Magpies are battling two clubs to land this international winger.