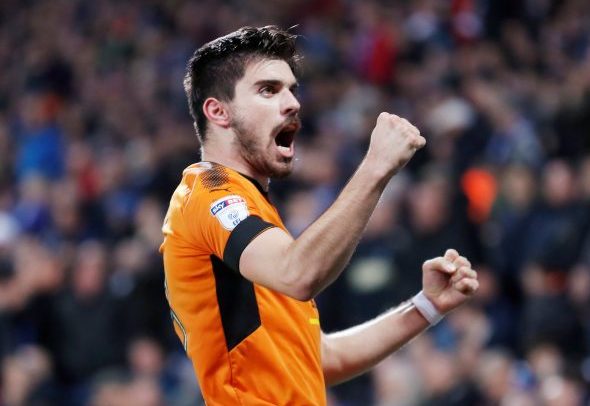 Wolves are set to announce that midfielder Ruben Neves has agreed to a contract extension, according to a report.

The Express & Star report that Neves will sign an extension to his contract that will tie him to the club until 2023.

The Portuguese midfielder was named Wolves’ player of the season as they gained promotion to the Premier League in the last campaign.

The 21-year-old’s extension is the latest in what has been a busy summer at Molineux. They’ve already signed Portugal goalkeeper Rui Patricio and Benfica striker Raul Jimenez on-loan, while also sealing permanent moves for last season loanees Diego Jota and Willy Boy.

This is outstanding business from Wolves ahead of their return to the Premier League this season. Ruben Neves was easily the best player in the Championship last season, which would have drawn a lot of interest from bigger clubs, but Nuno Espirito Santo’s side have acted quickly to secure his future. When you add this to the rest of their summer business so far, it becomes more and more likely that Wolves will take the top-flight by storm next season. They’ve got so much quality running throughout their squad, arguably more than most teams in the top division of English football. The sky is truly the limit at Molineux next season and as they definitely won’t be involved in the relegation fight, just how high can Nuno’s men go? They can’t break into the top-four but European football could be the target and, looking at their squad, you can’t rule that out.