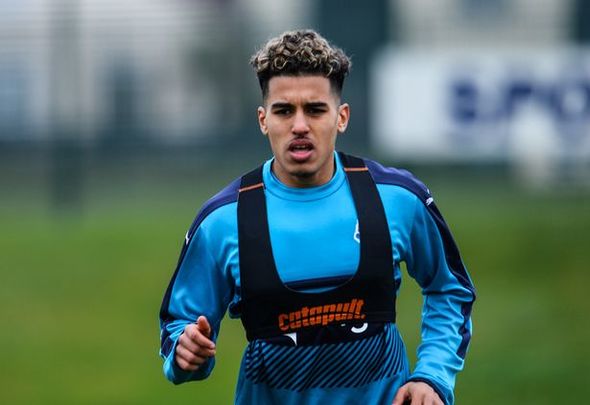 Wolves are one of a number of teams interested in Newcastle United forward Yasin Ben El-Mhanni, according to a report.
The Daily Star claims that Leicester, Stoke and Cardiff are also in the hunt for El-Mhanni, 22, who has found himself in the middle of a race storm after lodging a formal complaint about Under-23s manager Peter Beardsley.
Beardsley has since been suspended by the Magpies but it is understood that El-Mhanni is still seeking reassurances about his future at St James’ Park from first-team manager Rafa Benitez.
The London-born forward, who styles his play around that of Lionel Messi, Ronaldinho and Cristiano Ronaldo, is likely to leave in a cut-price deal, according to the Daily Star, and may even exit Tyneside on a free transfer in order to get a fresh start.
Wolves are one of a number of teams sniffing around and waiting for that opportunity with it being said that scouts have been sent to watch the wide-forward play for Newcastle’s Under-23s.
El-Mhanni has only ever made two senior appearances for the Magpies and his current deal is due to expire at the end of next season.
Football Insider verdict
El-Mhanni once looked like a decent prospect but at the age of 22, his lack of senior football experience is a massive drawback and it would be very unlikely to see a Premier League club, or a club with a lot of money like Wolves, look to sign him. The forward has a lot of raw skill and talent but he is nowhere near the level of top-flight football just yet. It would make sense for him to leave Newcastle after a traumatic time but it may be too late for him to be snapped up by a top side. El-Mhanni may have to prove himself in the Championship or lower first and out of the teams interested, Cardiff seems the logical choice. Neil Warnock is doing very well there and working with a no-nonsense manager like him could prove constructive.
In other Newcastle United news, Mike Ashley has sanctioned the Magpies to swoop for this £7million left-back from a top six club.
We’ve launched a << BREAKING NEWS FEED>> exclusively for your club. ‘Like Us’ on Facebook by clicking here if you want 24/7 updates on all Newcastle United breaking news.