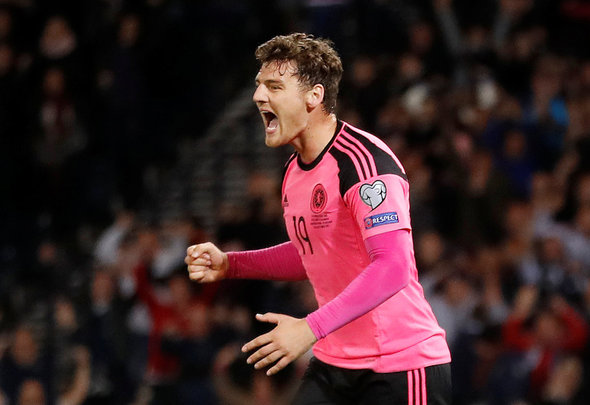 Wolves are plotting a shock move for Derby striker Chris Martin, according to a reliable journalist.

Sun reporter Alan Nixon claimed on his personal Twitter account on Sunday morning that the Molineux club had surprisingly set their sights on Martin, 29, in a bid to try and bolster their bid for promotion to the Premier League. It may be a bit of a shock that Wolves would want Martin to help them get over the line and go up this season, especially because the Scotland international has scored just one goal in 20 appearances across all competitions for their Midlands rivals Derby this term.

However the former Norwich target man has had to make do with a squad role for most of the campaign, starting just three times in the Championship as he has played second fiddle to David Nugent.

Wolves were linked with a vast array of strikers in the summer transfer window and although they were happy to splash the cash elsewhere in the squad, the only signing they made up front was Leo Bonatini on loan from Al-Hilal.

Wolves could really do with another striker in the January transfer window to play as a back-up to Bonatini and Martin really wouldn’t be a bad option. Even though he has scored just one goal this term, he is still a proven source of goals in the Championship from spells with Norwich and Fulham, so could be the difference if injury was to hit the Brazilian striker or if Nuno Espirito Santo wanted to switch up a system to try and rescue a result. Wovles have the capability to spend big but this might actually be a shrewd piece of business that could be done on the cheap considering the Scotland international isn’t getting the rub of the green at Pride Park at the moment.

In other Wolves news, this Molineux chief has confirmed that big-money signings are on the way.