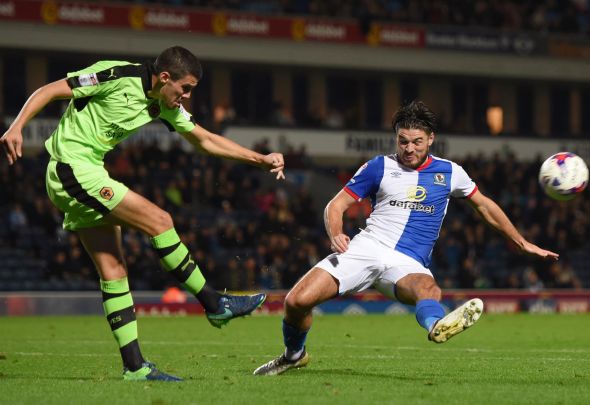 Wolves are closing in on a deal to sign Blackburn star Ben Marshall for £1.3million after having an earlier bid rejected, according to reports.

Sun correspondent Alan Nixon revealed on Wednesday afternoon that Blackburn had rejected an offer for the 25-year-old from Paul Lambert’s Wolves.

However, Nixon has now revealed in his Sun on Sunday transfer column that Wolves have re-entered the market for Marshall as Lambert eyes a reunion with Rovers’ number 10.

The versatile Marshall, who can play out wide or in the number 10 role, worked with Lambert during the former Aston Villa manager’s time at Ewood Park.

With the attacker’s contract set to expire in less than six months time, Marshall could be on the move from Blackburn with Lambert looking to form a reunion with the former Leicester star.

Remaining a mainstay of Blackburn’s side this season, Marshall has made 25 appearances in all competitions, however he could be tempted to move with Rovers in the relegation zone.

Offering versatility in attack, the two-time England Under-21 international should be signed in January instead of Lambert waiting to sign him in the summer on a free as he could hit the ground running at Molineux and help push Wolves away from the drop zone. Marshall has played for the likes of Blackburn, Leicester and Sheffield Wednesday in England’s second tier and Lambert should do whatever it takes to bring the versatile ace to the Midlands. At 25, Marshall still has plenty of years left in the tank and at just over £1million he would be a huge bargain for Wolves.

In other Wolves transfer news, Pat Murphy has revealed that five or six players could leave Lambert’s side this month.