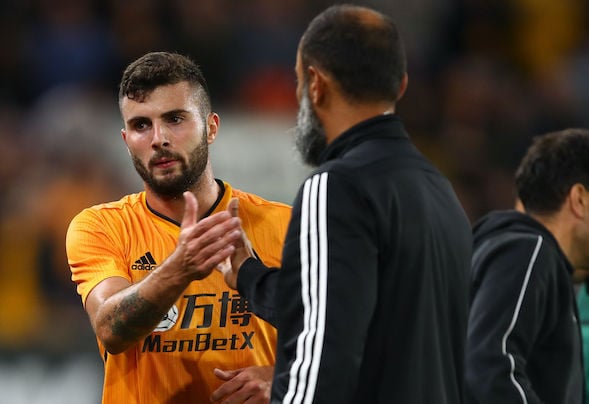 Wolves are planning to offload striker Patrick Cutrone for good this summer as he has no future at the club, Football Insider understands.

The 23-year-old was signed from AC Milan in the summer of 2019 for £16million plus add-ons but has made little impact.

He was loaned to Fiorentina in January 2020 for 18 months before that was cut short in January of this year, when he returned to Wolves for a short spell before joining Valencia on a new loan.

A Wolves source has told Football Insider that manager Nuno Espirito Santo had made up his mind after a month of assessing Cutrone at close quarters that he wasn’t his type of striker.

He saw the forward as a willing runner but not a player with the technical ability to lead the line or combine the play in his team.

It means Wolves will look to sell Cutrone permanently this summer following his two loan spells.

His record for the Premier League club of three goals and four assists from 28 appearances is a poor return on the fee paid two summers ago.

Cutrone is a one-time Italy international and was hailed as a potential star after making his name at Milan.

But he has failed to live up to that billing in the Premier League.

The forward signed a four-year Wolves contract in 2019 that has two years remaining.

His current loan spell at Valencia – his second of the season – is due to end in the summer.

In other news, we have a big update on reported Leeds ‘offer’ for Adama Traore after Wolves slash his price tag.