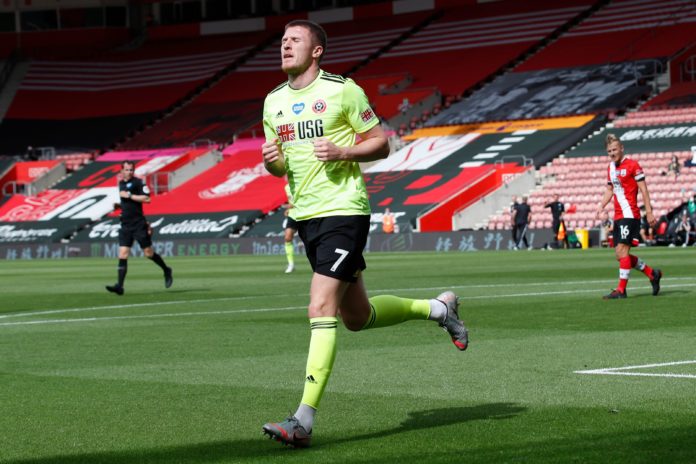 Noel Whelan is blown away by the prospect of Sheffield United midfielder John Lundstram signing a pre-contract agreement with Rangers in January.

The former Leeds United striker, speaking exclusively to Football Insider correspondent Dylan Childs, insisted that the 26-year-old would be a “fantastic signing” for the Teddy Bears and one that would demonstrate “the pull of the big two in Scotland”.

The Sun’s Alan Nixon revealed on Sunday that the Gers are interested in acquiring Lundstram who has entered the final 12 months of his contract at Bramall Lane.

SHEFF U. Looks like Lundstram stays. Buyers holding back when free in a year. RANGERS have an interest and could pre-contract as early as January.

The Englishman’s contract expires on 30 June 2021 which allows him to talk to potential suitors in the New Year, provided he does not agree an extension to his current deal in that time.

When asked by Football Insider if the centre-midfielder would be a welcome addition at Ibrox, Whelan said: “It would be a brilliant signing.

“He was a revelation last season in the Premier League and has been fantastic during his time at Sheffield United. He has put his name out there in the Premier League. People know who he is. He can play in different roles – physical, big, strong, athletic and get get goals.

“That would be a fantastic signing if Rangers can get that one over the line and get a deal done. It would be exciting for the player as well because he would get to play in Europe. You can see now the pull of the big two in Scotland.”

When speaking on Lundstram’s future last week, Wilder said: “I’ve made it clear about John and the situation. I’d love him to sign a new contract, and you never know, he might.

In other Rangers news, it can be REVEALED that West Brom have made a move to prise attacker from Ibrox.