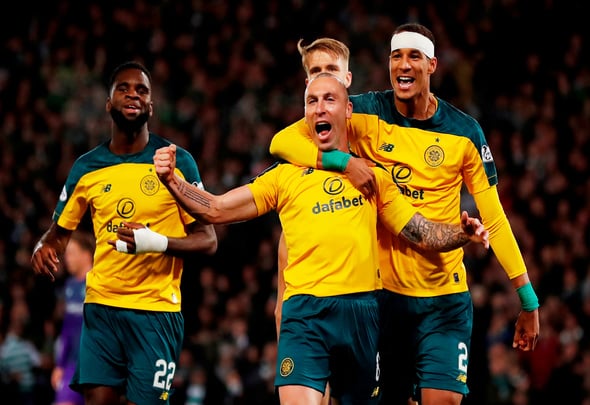 Alan Hutton admits that he was shocked to see Celtic midfielder Scott Brown net a brace for the Hoops in their League Cup win over Hibernian on Saturday.

Speaking exclusively to Football Insider assistant editor Russell Edge, the former Aston Villa and Scotland defender says that the Bhoys’ captain will not have been expecting to find the back of the net twice in their 5-2 victory but that he will be delighted he could contribute.

The 34-year-old’s strikes were his first goals of the 2019/20 season, with Mohamed Elyounoussi and James Forrest also firing Neil Lennon’s side to the Scottish League Cup final.

Hutton voiced his admiration for the veteran enforcer and says he is the sort of player anyone would want on their side, admitting he would not expect him to get on the scoresheet all too often.

Hutton told Football Insider: “He doesn’t score all too many but to score two, wow, I was kind of shocked myself.

“This is a guy who’s been there, done it for many, many years. He’s one of those guys you would love to have him on your team but you’d hate to play against him.

“He’s a club legend and to go and cap it all off by scoring a couple of goals, I’m sure he didn’t expect it but he’ll be over the moon.”

Brown has netted 42 goals for Celtic during his 540 games at Parkhead, adding a further 59 assists to his attacking contribution.

Last season saw him get on the scoresheet just three times, with one of those coming in the League Cup against Hibs once again.

In other Celtic news, a Football Insider pundit has tipped the Hoops to sign an England international in 2020.