It has been a busy start to the summer for Rangers, who have agreed a flurry of new signings despite the Scottish transfer window not officially open yet.

The Glasgow giants’ third senior recruit of the summer was sealed earlier this week when they captured Jon McLaughlin on a free transfer from Sunderland.

The club confirmed the signing 24 hours after their interest had been exclusively revealed by Football Insider.

Now, we have caught up with someone who has followed McLaughlin closely during his two seasons at the Stadium of Light.

We ask Philip Smith, sports reporter for the Sunderland Echo, for the lowdown on the new Rangers goalkeeper.

McLaughlin signed for Sunderland in 2018 and was a prominent figure between the sticks. What have you made of his performances on Wearside?
Jon was outstanding through most of his season on Wearside. Particularly in the first three or four months of the campaign, some big saves won points for his side and were one of the reasons they were right in the promotion mix. His form dipped a little at the start of the current season, notably around the time the uncertainty over his future first started. He reclaimed his spot in the side around the turn of the year and has been typically dependable ever since. He’s been a very consistent performer across two seasons.

Former manager Jack Ross described him as ‘high quality, low maintenance’. What will he bring to Steven Gerrard’s dressing room?
Exactly that. You won’t find anyone who has a bad word to say about Jon’s approach to the game or the way he carries himself.

What was he like for you to personally deal with and what kind of person is he off the pitch generally?
I wouldn’t claim to know Jon’s character but he was a very popular figure because of his calm approach. That’s always how he was in interviews, measured and eloquent.

Do you think he’s good enough to displace McGregor as Rangers’ number one?
It’s impossible to say as I haven’t watched McGregor week in, week out, but McLaughlin’s performances at Hearts show he’s more than good enough at that level and he’ll only have improved from his experiences on Wearside. I don’t know what level McGregor is at now but McLaughlin is certainly good enough to have that jersey at some stage.

Obviously playing for Sunderland has its own pressures, do you think he’ll be able to handle the ibrox pressure cooker?
I don’t see that being a problem at all. Jon has over 400 senior appearances under his belt across his career, and has played in numerous Wembley finals. Even at some of the small clubs he has played for, he’s played in big games where promotion or relegation have been on the line. So I don’t think the pressure will be anything new or particularly challenging to him. 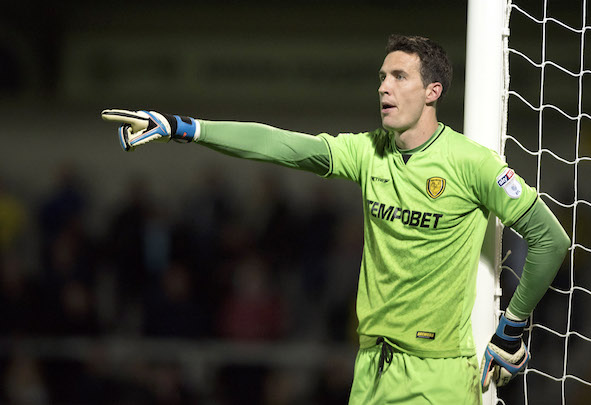 What kind of player can Rangers fans expect? What type of goalkeeper is he?
He’s a good shot-stopper, certainly. He’s made some eye-catching saves over his two years here but I’d say his biggest strength is the calm he spreads through the team. His command of the box is very, very good. He makes good decisions in terms of when to come off his line and deals with set pieces superbly.