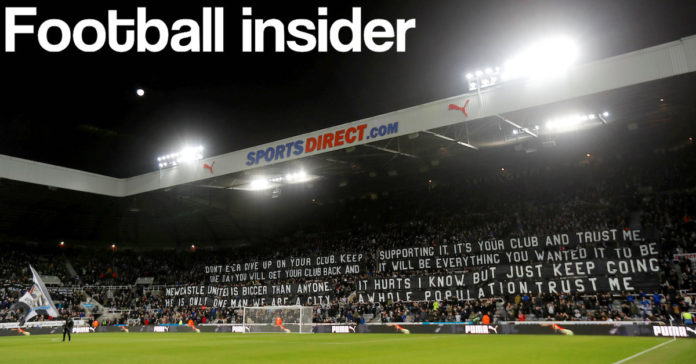 Noel Whelan insists Newcastle United manager Steve Bruce must remain in charge until the end of the season regardless of a takeover.

The former Leeds United striker, speaking exclusively to Football Insider assistant editor Russell Edge, claims it would be “wrong” of the prospective new owners to get rid of the 59-year-old should they complete their purchase of the club.

The Daily Mail report that Bruce will remain as Newcastle boss upon completion of the proposed takeover and claim that the suggestion the new board will appoint a big-name manager has been played down by sources close to the deal.

Whelan admits that new owners may want to change things up but he has urged them to keep Bruce on until the end of the season, suggesting he could walk straight into a new job.

Asked if he though Bruce should stay, Whelan told Football Insider: “You’ve got to at the minute, he’s only just started, he’s got to be given the chance.

“If he’s got the money as well, he could build a better team than what he’s done with Mike Ashley, that’s for sure. You’ve got to give him the opportunity, I think it would be wrong to get rid of him but we also know football’s cutthroat.

“New owners come in, they’ve got new ideas, they might want a new manager. It’s a strange time for Steve, he’ll be wondering about his future but you’ve got to give him the opportunity to finish the season, minimum.

“If they do let him go, he’s actually done a good job at Newcastle in the short time and he could go and get a new job somewhere else off the back off that.

“I think that’s important, do it the fair way, let him crack on for the rest of the season and Newcastle, it could be some really exciting times ahead for them.”

In other Newcastle United news, Michael Brown has explained Bruce’s position at St James’ Park amid the takeover talk.