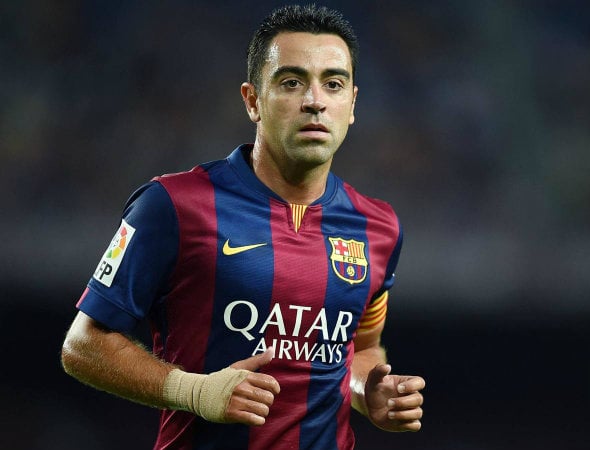 Xavi, 37, starred under Guardiola for four years at the La Liga giants between 2008 and 2012, helping the club to lift three La Liga trophies and two Champions League crowns.

The two Spaniards are still in regular contact despite their careers taking them elsewhere and Xavi has told how Guardiola believes it is important to sign English players.

The midfield playmaker then went on to say that Alli was the best English player there is and one of the best players in Europe and that he is technically the sort of player that Guardiola is a fan of.

“I speak with Pep, and I know he thinks it is important to sign English players,” told Xavi to the Sun.

“I am sure in the summer he will look also across Europe for players to improve the squad, but also I expect him to look in the Premier League as well.

“At the moment the best English player there is and also one of the best in Europe is Dele Alli. We are looking at a very special player.

“I am sure it is not going to be a player that Tottenham will want to let go, but we know Manchester City have big resources.”

Alli still has five years remaining on his contract at Tottenham after signing a new deal earlier in the season and it is believed it could take a world-record fee in order for Daniel Levy to part with the England star.

The 21-year-old attacking midfielder is only getting better with Spurs and on Sunday he was named the Premier League’s PFA Young Player of the year for the second consecutive season after returning a stunning 16 goals and seven assists in 31 league appearances.

The youngster is one of many English stars in the Tottenham team and the north London club will be looking to keep hold of all of their stars as they look to win their first league title since 1961.

In other Tottenham news, Spurs are keeping tabs on this Premier League trio as they prepare to let 24-year-old leave.