Aston Villa owner Tony Xia is confident the club will sign a new midfielder before Saturday.

The Chinese businessman has become renowned for breaking news and keeping Villa fans updated on information at the club since his £76million takeover in June.

In his latest post on his personal Twitter account, Xia claimed he had “very exciting news” for supporters as the club were “very close” to landing new midfielder.

Very exciting news for fans: very close to a deal with the mid! Hopefully b4 Saturday!

Xia is hopeful the deal will be completed ahead of Villa’s Championship clash against Rotherham at Villa Park on Saturday afternoon.

The Midlands club have not been especially active in the summer window, with striker Ross McCormack, midfielder Aaron Tshibola, defender Tommy Elphick and goalkeeper Pierluigi Gollini the only senior arrivals.

Nevertheless, the new Villa hierarchy are keen to provide Roberto Di Matteo with the best platform possible to make an immediate return to England’s top tier.

The Villains were relegated for the first time ever from the Premier League last season in a dismal domestic campaign that saw them pick-up just 17 points.

Champions League winning manager Di Matteo has been tasked with challenge of rectifying last seasons wrongs and under the guidance of Xia, fans of the Birmingham outfit will be hoping for a change of fortunes this season.

In other Aston Villa transfer news,  full-back Joe Bennett is closing in on a permanent move to Championship rivals Sheffield Wednesday, according to a report. 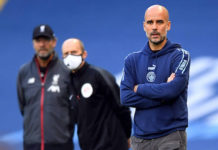