Frank McAvennie has insisted Neil Lennon cannot get away with attacking the media including Andy Walker and his long-time ally and ex-Celtic teammate John Hartson.

Speaking exclusively to Football Insider, the former Hoops striker claimed he has sympathy for Lennon but his problems derive from not bringing in his own coaching staff when he took the job.

The 49-year-old held a now-infamous press conference on Monday where he claimed Hartson’s opinions mean “nothing to him” as he attacked all corners of the media including Sky pundit Andy Walker for their coverage of Celtic. 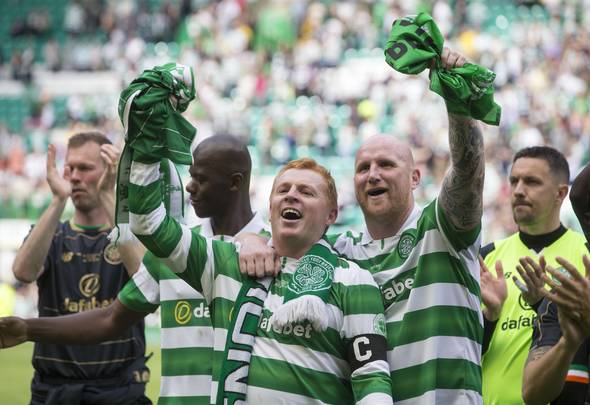 Hartson told the Celtic Exchange podcast he was disappointed with Lennon’s comments but doubled-down in his call for a change of manager.

“This week he has been attacking everyone and, whether he is right or wrong, you cannot do that. You cannot blame everybody.

“He has blamed Sky, walked away from the BBC, blaming pundits – even his old teammate John Hartson. John has probably been one of his biggest advocates, he has stuck by him.

“It is a shame because I like Lenny and he is a very good manager but this year… He should not have taken the job without getting his own team in, that was a big no, no. No manager goes in without his own people.

In other news, a finance expert has hailed Celtic for a transfer model masterstroke.