Gabriel Agbonlahor has dismissed reports Aston Villa assistant manager John Terry could end up as the next Derby County boss.

The Daily Mail reported earlier this month that Terry was being eyed up by both Derby and West Brom and Dean Smith would not stand in his way if he decided to leave.

Phillip Cocu left his position as the Rams’ manager last week and Wayne Rooney and Liam Rosenior have been left in temporary joint charge.

This site revealed former manager John Gregory is being lined up to work alongside Rooney who has admitted he wants the job permanently.

And Agbonlahor has claimed England’s record goalscorer had an agreement with the club that he would takeover in the event of Cocu’s departure.

He told Football Insider: “You might hear rumours about John Terry but for me that job is Wayne Rooney’s.

“He’s been brought to Derby to be moulded as the next manager and he probably had it agreed when he joined that if Cocu gets sack he gets the job.

“In the future he might get an opportunity but not at the moment. He’s contracted to Aston Villa and I feel that job is Wayne Rooney’s.” 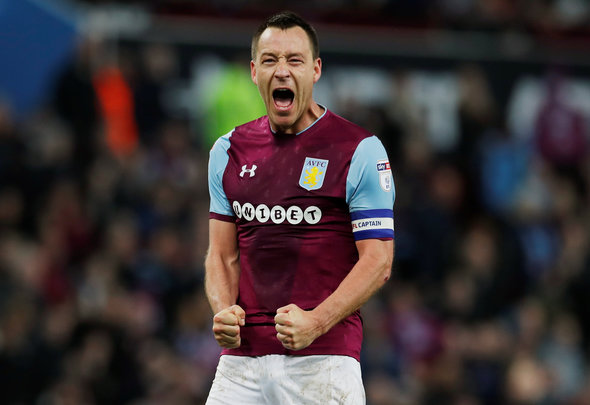 The 39-year-old spent the previous season playing for the Villians in what was his only full season not playing for his boyhood club Chelsea.

In other Aston Villa news, Alan Hutton has touted an “astronomical” transfer – “they were talking £80million”.