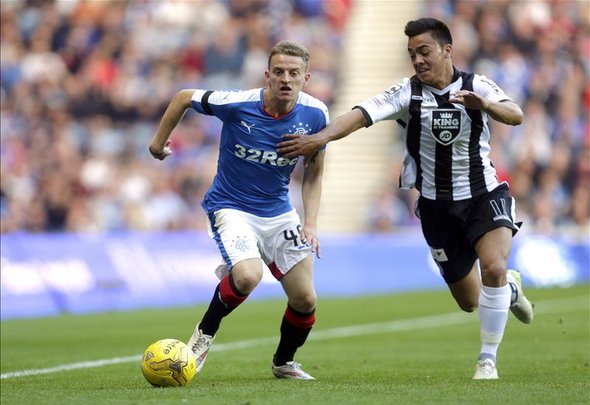 Rangers midfielder Tom Walsh says he is prepared to fight for a starting place after the huge influx of players at the club.

The 19-year-old spent last season on-loan at relegation threatened Dumbarton and is now determined to break into the first team under boss Mark Warburton.

He told the Rangers website: “You can never take it for granted, but I do feel that I should be here and now it’s my time take my chance if I can get it.

“Obviously it’s going to be tough with a lot of new players, but I’ve just got to do my best and try take my chance when it comes.”

The youngster revealed that the competition in the squad can only be a good thing for the Ibrox side and it will benefit them for the upcoming season.

Walsh is a product of the academy and has been with Rangers all his career, spells on-loan to Stenhousemuir and Dumbarton have given him a taste of senior football and he will be hoping he can make the step up next season.

Promotion to the top-flight of Scottish football has also grabbed the imagination of their fans, with the club closing in on a record deal.

In other Rangers news, forward Kenny Miller has revealed which of the new signings has impressed him most in pre-season training.