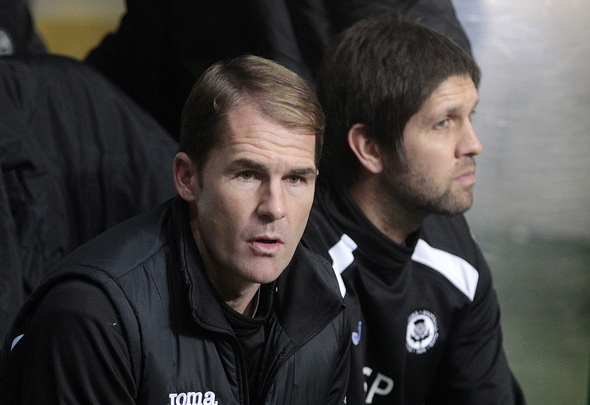 Partick Thistle manager Alan Archibald has admitted that he fears his team may face a Celtic backlash on Wednesday night.

The Hoops are playing their first game since their British record unbeaten run came crashing to a halt with a 4-0 loss to Hearts at Tynecastle.

And Archibald knows that the Bhoys will be out to make amends in front of the support at Celtic Park, who will no doubt be out in numbers to pay tribute to the record unbeaten run.

“It could be the wrong time to face them,” said Archibald, as quoted in the Daily Record.

“Everyone is aware there’s normally a backlash after a disappointing result.

“You’re left praying for lightning to strike twice in the hope they have another off day.”

Thistle were one of the few sides to take a point from the Hoops last season after drawing 1-1 at Celtic Park in March.

Celtic go into the game only two points clear of closest challengers Aberdeen at the top of the Scottish Premiership table.

The Dons took advantage of the Hoops’ defeat at the weekend by beating Hibs 4-1 at Pittodrie to close the gap.

However, the Hoops have the opportunity to extend their lead to five points with a win over Thistle, who they defeated 1-0 at Firhill in August thanks to an Olivier Ntcham goal.

The Bhoys then face Aberdeen in a top of the table clash in what is shaping up to be arguably the biggest game of the season so far.

In other Celtic news, Marvin Compper has arrived in Scotland to complete his transfer to Celtic