Leeds United midfielder Kalvin Phillips would not be able to turn down a move to Liverpool if Jurgen Klopp comes calling this summer.

That is according to ex-Spurs striker Darren Bent, speaking exclusively to Football Insider assistant editor Russell Edge about the 24-year-old he rates capable of challenging Fabinho for the Anfield enforcer role.

Bleacher Report claim that the Premier League leaders are plotting a move this summer for the emerging star who’s been on the cusp of an England call-up. 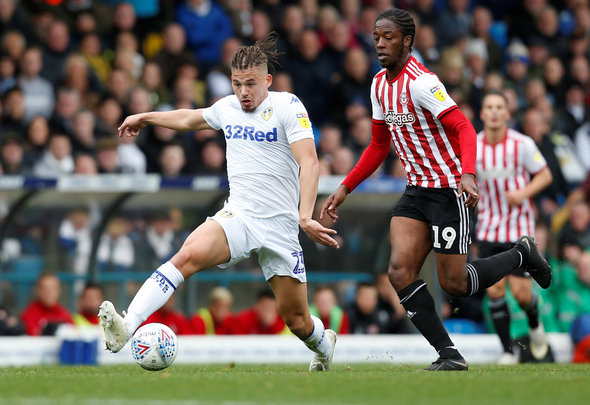 Liverpool boss Klopp already has a number of midfielders at his disposal but Fabinho is the only specialist defensive option in the centre of the park.

Bent admits he has doubts over how much playing time Phillips would initially get at Anfield but believes he is capable of playing at Champions League and international level.

Asked about a potential Liverpool move, Bent told Football Insider: “Listen, if that move comes about and it’s there on the table, you’ve got to take it.

“How much he’d play, I don’t know but people are talking about Fabinho and his fitness, how he only plays 60 or 70 minutes and then he blows up a little bit.

“It would be good for Kalvin Phillips. He’d go there, learn his trade, watch Fabinho and these type of players to see how they do it. Ability-wise, he’s as good as anyone in that role.

“He’s got energy, passing, technically, he’s a top, top player. There was talk of him getting into the England squad before lockdown. People rate him very highly and if the opportunity’s there for him, he’s got to take it.

“It’s a bit of tough one, we’re saying he’s got to prove himself in the Premier League but if one of the top, if not the top Premier League side wants him, it’s a bit hard to say no!”

In other Leeds United news, Noel Whelan says that “fans are overjoyed” with a major Elland Road development.