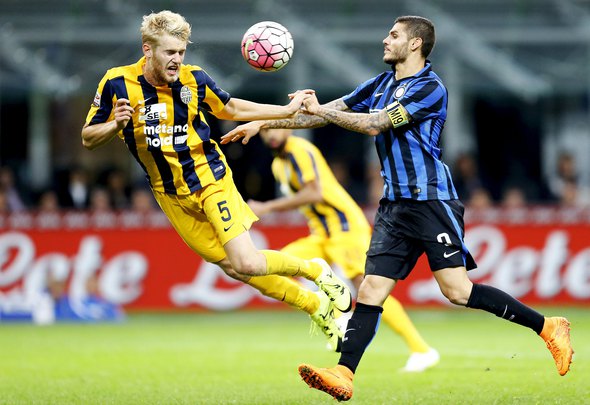 Leeds United fans have taken to social media to express their excitement and urge the club to complete a deal for potential centre-back signing Filip Helander from Bologna.

Goal reported on Thursday that the Championship club had made an offer for the 24-year-old defender worth £3.5million.

Helander would be Thomas Christiansen’s third signing since being appointed manager after Madger Gomes and Mateusz Klich were confirmed as Elland Road’s new arrivals.

United fans appear delighted at the prospect of Serie A defender Helander teaming up with fellow Sweden international team mate Pontus Jansson in the squad’s backline, with some supporters asking Janssen to entice the Bologna defender to Elland Road.

Here is a selection of Leeds fans’ messages on Twitter:

Helander has just signed for Bologna on the 12th June 2017. Can't see that one happening at all unless he's done something wrong.

Btw, Helander is Swedens 4th choice of left back. Granqvist (Krasnodar), Lindelöf (Scums) and Jansson (MIGHTY WHITES) is ahead of him.

Bartley had a good season, but it's not like he is some kind of god. Helander is a Swedish international in the breaking. Go for it!

I'd love this to be true, but I heard he only signed for Bologna 2 weeks ago?!

The centre-back first played with current club Bologna during a season-long loan deal from Hellas Verona in 2016, and recently signed a permanent contract to join the club for a fee of £1.7million, but a move could still be on the cards.

Last season, the centre back only managed to make 11 appearances for the Serie A outfit because he suffered from an array of injuries over the campaign which included problems with his knee and lower back.

However, fans remain hopeful on social media that the new boss will recruit the Swede over the summer in order to replace Kyle Barkley, after his season-long loan expired at the end of May and he returned to Swansea City.

In other Leeds news, this Bundesliga star is set to travel to England to complete a medical with the Whites.