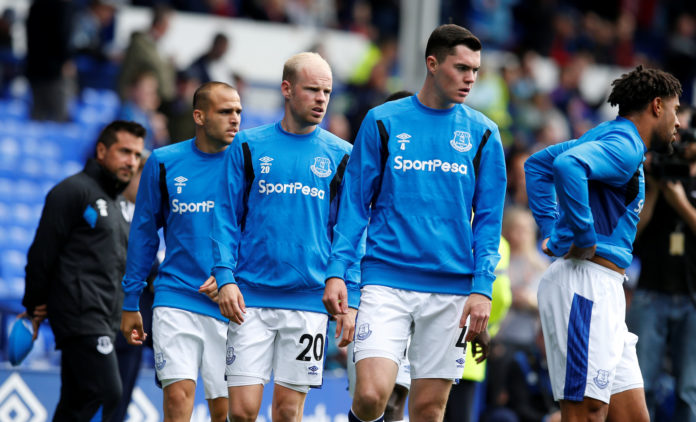 Davy Klaassen has admitted that it is much tougher player for Everton than last season’s Europa League finalists.

The 24-year-old playmaker captained Ajax to the final to face Manchester United at the Friends Arena back in May, but his side lost 2-0 to Jose Mourinho’s side.

Now, as a new member of the Toffees squad, the Dutchman is confident that Ronald Koeman’s side can succeed in the same competition.

Speaking ahead of the Blues’ group stage opener against Atalanta on Thursday, the new midfielder is hopeful that Everton can return to their winning ways.

“It’s important to start the group stage with a win because that gives you confidence and some space,” Klaassen said during the press conference, as quoted by the official club website.

“English football is a different way of playing. That’s what I wanted. It’s something bigger and I’m enjoying it. Of course our last result wasn’t what we wanted but we are ready for tomorrow and I’m confident we can have a really good season.”

Last season the former Ajax skipper faced his current team mate Wayne Rooney who was playing for Manchester United at the time, but the Netherlands international has revealed that he hasn’t spoken to Rooney about the match.

“I didn’t talk to Wayne about last year’s final because I don’t want to,” Klaassen added.

“We had a difficult start (at Ajax) last year but we picked it up and I’m confident we will do the same here. We have a really good squad and we can have a good season.”

Klaassen and Rooney were two of nine new players which boss Ronald Koeman brought to Goodison Park over the summer transfer window with the intentions of succeeding in the Europa League and the hopes of climbing higher than last season’s seventh place in the Premier League table.

Everton started off well with a 1-0 victory of Stoke City in their top flight opener, but it was followed by a 1-1 draw against Manchester City and two defeats to both Tottenham and Chelsea.

In other Everton news, Davy Klaassen has made an admission about his opening games with the Toffees.