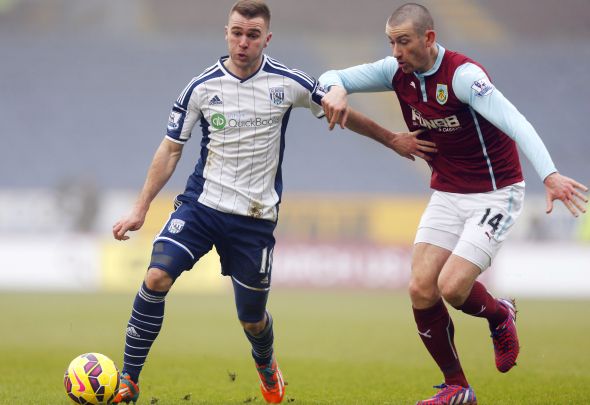 Callum McManaman is set to become Newcastle’s 12th summer signing, according to a reliable journalist.

Rory Smith, the new chief correspondent for the New York Times after leaving the Times in England, claims on his personal Twitter account that the 25-year-old West Brom winger will join the Magpies “some time before” Wednesday’s transfer deadline.

Believe Callum McManaman will become Newcastle's 12th signing of the summer some time before Wednesday.

McManaman is set to leave the Hawthorns, as manager Tony Pulis looks to push through a £13million club-record move for Belgium international Nacer Chadli from Tottenham.

McManaman signed for the Baggies in January 2015, signing a contract that will keep him at the Hawthorns until 2018.

The former Wigan Athletic winger made just 15 appearances in all competitions last term, and has fallen down the pecking order behind the likes of James McClean, Matt Phillips and youngster Jonathan Leko.

Newcastle are looking to sign a winger as Moussa Sissoko’s future hangs in the balance, while Yoann Gouffran is also expected to leave. Wide men Florian Thauvin, Remy Cabella and Andros Townsend have all quit St. James’ Park this summer.

Manager Rafa Benitez has already made 11 summer signings, taking his spending to over £53million after confirming the signings of Ipswich Town striker Daryl Murphy and Achraf Lazaar.

Matt Ritchie, Dwight Gayle, Mohamed Diame, Isaac Hayden and DeAndre Yedlin have all joined the Magpies from the Premier League, while Matz Sels, Ciaran Clark, Grant Hanley and Jesus Gamez have also signed for Benitez’s side.