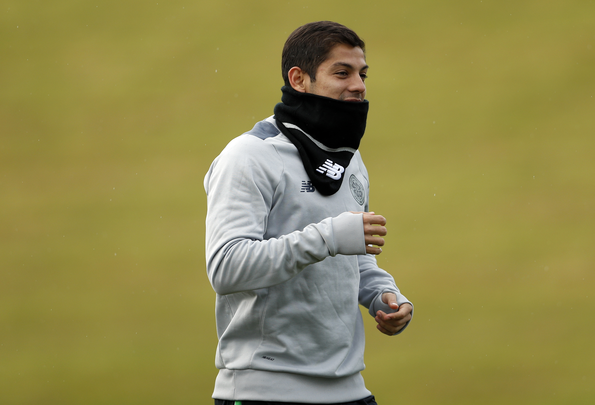 It looks like the Celtic career of right-back Cristian Gamboa is finally set to come to an end in the summer, according to a report.

The Scottish Sun reports that the 28-year-old is set to leave the club, and was recent sent on holiday to Spain in the build-up to the Scottish Cup semi-final.

Gamboa has only made three appearances this season for the Bhoys, and the Costa Rican international, who is set to play in the World Cup in the summer, has been a fringe player for the majority of his two years in Glasgow.

In all honesty, the signing of Gamboa has been a colossal waste of money. It won’t be cheap to bring a player for West Brom – who were at the time an established Premier League side – to the Scottish Premiership, but Gamboa’s lack of game time has shown that the transfer was a waste of money.

Brendan Rodgers must really not rate the player at all – even though he signed him – as he has failed to dislodge Mikael Lustig, who has struggled with form and injuries, from the right-back position, and has now fallen behind Anthony Ralston in the right-back pecking order.

Gamboa might have another year left on his contract but it would be best for all involved if the club and the player came to an agreement to let the player leave in the summer.