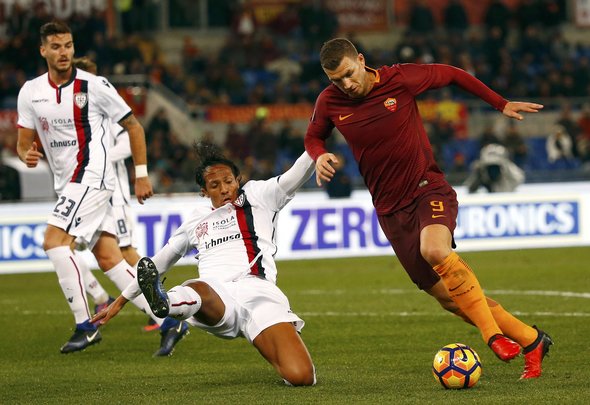 Veteran defender Bruno Alves is set to snub Rangers and stay with Cagliari, according to a report.

Italian media outlet La Nuova reports the 35-year-old will probably turn down interest from fellow countryman Pedro Caixinha to stay in Serie A and see out the final year of his contract.

The Daily Express previously reported that Rangers were interested in bringing the 2016 European Championships winner to Ibrox to bolster their back line.

Alves has been a mainstay of the Cagliari defence this season, making 34 Serie A appearances.

The experienced defender also has made more than 100 career appearances for Porto, Zenit and Feerbahce, as well as winning 85 caps for Portugal.

According to the Scottish Sun, he has already told Clint Hill and Philippe Senderos that their contracts will not be renewed come the end of the season.

It does not come as a surprise that 35-year-old Alves does not fancy a move to Glasgow to finish his career. He has been a mainstay in a Cagliari side that has finished in mid-table in Serie A this term and is likely to retire when his contract runs out there at the end of next season. It is a blow to Rangers however who plan to release their two most senior centre-backs this summer, leaving a gaping hole in their back line. If the Gers are to challenge Celtic seriously next season, a busy summer of recruitment lies ahead for Caixinha.

In other Rangers transfer news, Caixinha has reportedly bid £500,000 for this defender.