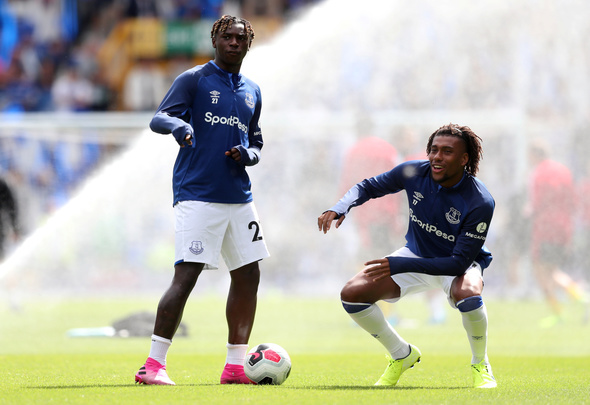 Alex Iwobi has been hailed as a summer signing masterstroke by Everton.

That is the verdict of Noel Whelan, as the ex-Leeds United and Coventry City striker explained exclusively to Football Insider how impressed he has been by the attacker.

Iwobi, 23, was a shock deadline day recruit from Arsenal for a fee rising to a potential £35million.

Whelan has seen enough from the Nigeria international to be convinced that he is the best of the seven signings made by the Merseysiders in the summer.

“He’s really impressed me,” Whelan told Football Insider. “It was a big shock Everton signed him, but he looks the real deal.

“He’s quick, sharp, his movement is good, he’s nice and positive on the ball and is always looking to create things. He’s got an eye for goal as well, and I think he’ll score quite a few this season as well as create for others.

“You look at the players Everton brought in this summer. Gomes is quality, but he was already there last year, and I’d say Iwobi has been their best signing of the year. It was a shrewd move.”

In other Everton news, it can be REVEALED that one of players in line-up on Saturday wants January exit after 11th-hour overseas move collapse.