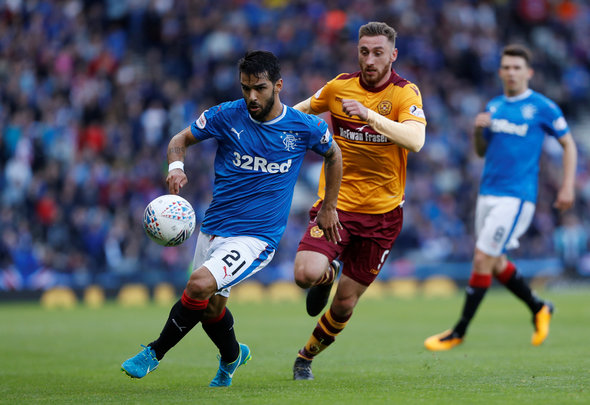 Rangers attacker Daniel Candeias has disclosed that the club’s managerial situation made his first season as a Gers player very difficult.

The 30-year-old, who was one of the standout performers for the Gers last season with eight goals and 13 assists, admitted that the departures of both Pedro Caixinha and Graeme Murty from the Ibrox manager’s job were difficult to deal with.

However, he is now hoping that the club has a new beginning under Steven Gerrard and director of football Mark Allen.

“It was also a difficult season because we changed the gaffer a few times” Candeias said, as quoted by the Evening Times.

“That can be hard for players but that is all part of football. Now we start again and hopefully the start of something special.”

“There are always changes when you get a new coach. Every coach is different. But, there is good feeling about what will happen this season.”

Daniel Candeias’s comments are particularly interesting as they give an insight into what must have been a difficult situation for all to deal with at Rangers. Candeias deserves credit for managing to turn in the level of performance that he did whilst the club seemed to be in chaos at times. Things seem to be a lot more secure at Ibrox this season though, and that is all down to Steven Gerrard, who should make Candeias one of the mainstays of his team going forward. If the 30-year-old is able to perform whilst the Gers are in dire straits, he should be even better now that everyone is on the same page. Perhaps the only part of the Portugese winger’s season that was a disappointment was the number of goals he scored last season. Gerrard should set him a total of double figures, if he reaches that he will be will on his way to having another great season for the Gers.

In other Rangers news, Candeias wants this player to stay at Ibrox