The three clubs have identified Mandron, 25, as a top target this summer as they look to reinforce up front.

A recruitment source has told Football Insider that Aberdeen are currently in the driving seat to land the French-born star.

The 6ft 3in front man is eligible to play for Scotland through his father and is attracted by the possibility of forcing his way into Steve Clark’s thinking.

Mandron is already in the thoughts of the Tartan Army manager after destroying Sunderland with two goals on his return to the Stadium of Light in the recent League One season.

It is increasingly likely the forward will leave Gillingham a year after signing on a free transfer.

He scored six goals in 28 appearances in 2019-20 and had been on fire prior to the March lockdown that ended his season. 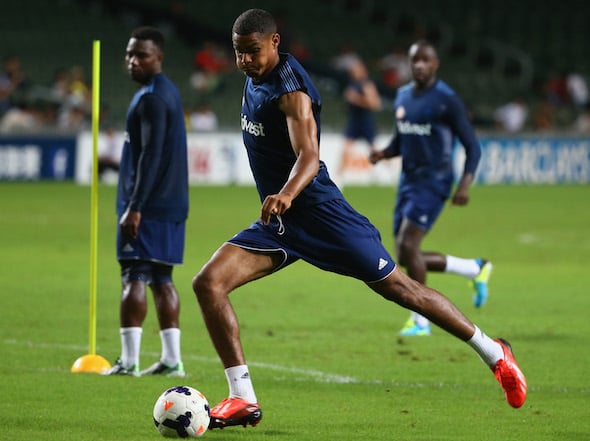 Mandron has had spells at a number of Football League clubs, playing for Colchester United, Gillingham, Fleetwood Town, Eastleigh, Shrewsbury Town and Wigan Athletic in addition to Sunderland and Gillingham.

In other Aberdeen news, it can be REVEALED that Celtic have been given a boost in their bid to sign 23-year-old after rival deal collapses.