AC Milan are preparing £22million bid for Tottenham’s Erik Lamela in January, according to a report in Italy.

Lamela is just one of a number of Premier League targets for the Italian giants as they look to strengthen their midfield options.

Lamela is believed to be one of the targets the executive duo are keen to assess during their time in London as they attempt to lure him to the San Siro.

The pair were supposedly spotted in London and were believed to be in attendance on Saturday as Chelsea recorded a 3-0 win against the current Premier League champions Leicester.

Lamela has been a regular started for Tottenham this season despite the summer arrivals of Moussa Sissoko, Vincent Janssen and Kevin-Georges N’Koudou.

The 24 year-old has appeared in all eight of the club’s Premier League matches to help Spurs to third position.

In total, he has made 11 appearances in all competitions, scoring two goals and supplying six assists.

The Argentine joined Spurs for £ 27.5million in August 2013 and although he’s made 84 appearances, he could be tempted by a move away.

In the latest Tottenham transfer news, the club are eyeing up a shock move for this Belgian star. 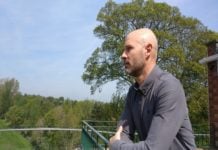