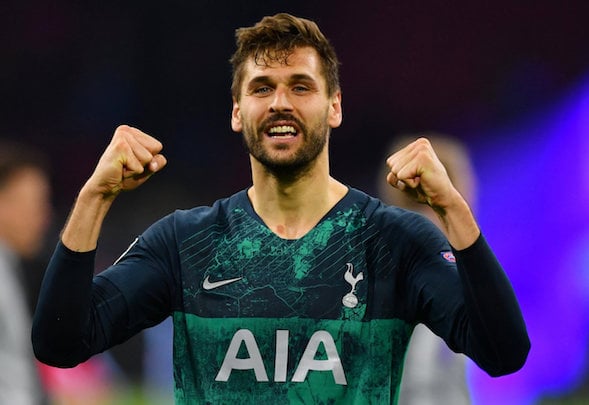 Multiple elite European clubs are lining up move to sign the striker, 34, after he was told he would be released by Spurs when his contract expires next month.

As revealed by Football Insider, Tottenham declined to take up the option to extend Llorente’s contract by 12 months before the deadline expired eight days ago.

A source close to the player has told Football Insider that Milan, Roma, Valencia and Marseille are all hot on the trail of the ex-Spain international following his Champions League heroics for Tottenham this season.

Llorente scored in the last 16 win over Borussia Dortmund as well as the thrilling quarter-final victory over Manchester City before playing a massive role off the bench in the comeback semi-final success over Ajax to help Tottenham book their place in the Champions League final. Italian duo AC Milan and Roma are keen to bolster their attacking options this summer and they are readying moves for Llorente, who is highly-regarded in Italian football after a previous successful spell in Italy with Juventus.

La Liga outfit Valencia are also eyeing a swoop to bring the former Athletic Bilbao and Sevilla marksman back to Spain for next season as they look to strengthen their squad for next season.

Marseille are in the market for a new striker this season and Llorente fits the bill as to what they are looking for after missing out on a possible deal for fellow target man Olivier Giroud who has agreed a new deal at Chelsea.