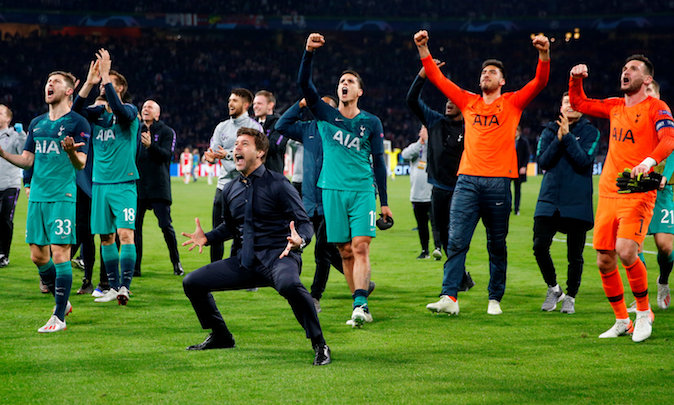 Tottenham have hit the jackpot by securing a sensational £230.2million windfall from their Champions League and Premier League exploits this season, Football Insider can reveal.

Spurs have already secured £142.3million of TV money from their fourth-placed finish in the world’s most lucrative domestic league and this will be topped up by a minimum £87.9million for reaching the Champions League final.

The club’s first-ever appearance at the last stage of Europe’s elite club competition is a huge boost to the coffers and comes on top of another massive domestic pay day.

Figures compiled from official Premier League distribution data show Tottenham have earned £79.4million as a base TV fee, £30.1 million for having 26 of their Premier League games screened and a further £32.8million for finishing fourth.

This guarantees the north Londoners’ entry into next season’s Champions League regardless of the outcome of the final against Liverpool in Madrid on 1 June.

The figure is bumped up by £14.1million from Spurs’ share of the TV pool and £13.6million from the club’s Uefa coefficient ranking, a new distribution method introduced this season.

The £230.2million windfall comes after Tottenham announced earlier a world-record profit of £113million in their annual financial results last month.

However, the cost of funding the club’s £1billion new stadium means that most of the cash, which will surely guarantee the club announcing record turnover for this season, will be siphoned off towards paying off debts.

Mauricio Pochettino will have a significant transfer kitty this summer following consecutive fallow windows, but will need to raise significant funds from player sales if he’s to get the £150million-plus his recent comments have suggested he is seeking.