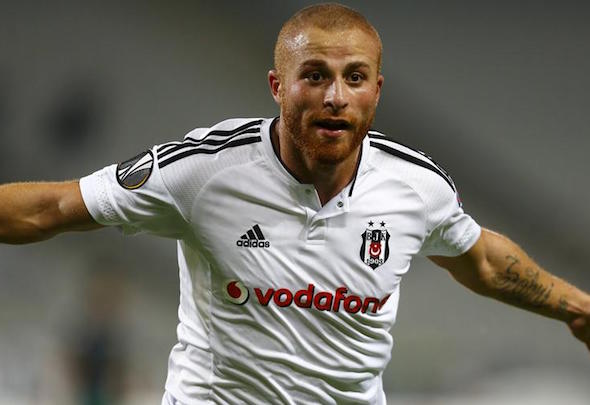 Gohkan Tore announced his arrival at West Ham by saying talented boss Slaven Bilic made the decision to join the club easy.

Football Insider reported on Monday that the wide man has joined West Ham on loan, with a club insider describing the fee as “very big”.

Tore worked with Bilic at Besiktas, before Bilic moved to East London last summer and had an instant impact.

Talking to the West Ham website, Tore said he was excited to be joining a club with passionate fans and that Bilic makes him feel like he is part of a family.

“I am very happy to be at West Ham. I watched many games that they played last season and saw how passionate the fans are. That made me want to come here and I am looking forward to playing in front of them,” said Tore.

“Slaven was also a big factor in me coming here and he is a great manager.  He is the main man and knows me very well. I could not have said no to him.

“He is the best manager I have worked under and he is like a father to the players. You feel like you are family.”

West Ham challenged for Champions League football for most of the season, with Bilic signing Dimitri Payet starring, before falling off the pace at the end of the campaign to finish seventh.

Turkey international Tore has been a long-term target for West ham, with Bilic also linked to Besiktas full-back Atiba Hutchinson.

Tore has had a steady season, scoring six goals and providing nine assists in 35 appearances in 2015-16.

In other West Ham news, they could lose their right-back as he undergoes a trial with London rivals.

‘There’s no one about like him’ – Exclusive: Darren Bent in awe of West Ham player