Kalvin Phillips is a “great player” and Leeds United are “lucky to have him”, according to Gabby Agbonlahor.

Speaking exclusively to Football Insider, the ex-Aston Villa and England striker heaped praise on the 25-year-old’s performance against Manchester United and was blown away by his ability to keep Bruno Fernandes quiet.

The midfielder has been Man United’s creative spark all season but recorded just one pass into the penalty area and zero shots on target at Elland Road, according to Wyscout. 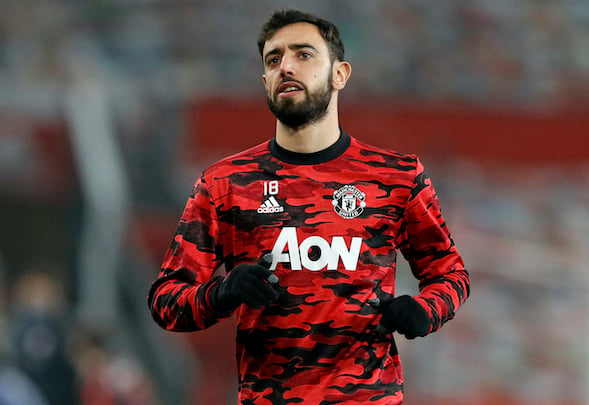 Phillips meanwhile finished with a pass accuracy of 86 per cent and won 15 duels.

The two teams cancelled each other out at with the game finishing 0-0 with just seven shots on target recorded between the two sides.

But Agbonlahor reserved special praise for Phillips’ role sitting in front of the defence.

“What I liked about him was there was an incident with a throw-in and it went into Fernandes and he’s just there straight away pressing him and creates a chance for Leeds.

“He’s the sort of player that when you’re in the number 10 position you don’t want marking you. He’s like a pest.

“When he gets the ball he can play too. Wow, great player and Leeds are lucky to have him.”

Speaking after the game, Marcelo Bielsa praised Phillips’ display as his side stretched their unbeaten run to six games.

He told Leeds Live: “To be aggressive and not violent is difficult and Kalvin managed it very well. He was very important.”

In other news, Leeds United have been told to seal a “great signing” loved by Bielsa after a transfer report.