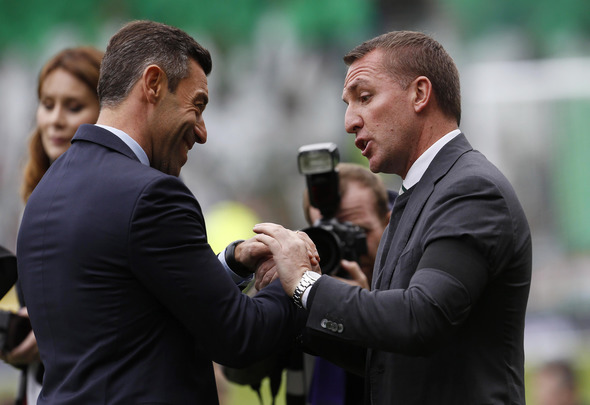 Alan Brazil believes that Scottish football would suffer a similar fate to that of the Welsh leagues should Rangers and Celtic join the English football pyramid.

It has been an age old debate about how well the two Glasgow giants would perform if they were given the chance to impress in the leagues south of the border.

Arsenal boss Arsene Wenger stirred the pot again on Monday when he suggested that the two Old Firm sides should be first in line to join the Premier League after it was reported that Barcelona would be welcomed to England if they were kicked out of La Liga as the Catalan independence row rumbles on.

Former Scotland international Brazil has now claimed that although supporters of other Premiership teams would be glad to see the back of Celtic and Rangers, he would not be in support of such a move as it would kill the league off.

“For the Premier League it would be brilliant, I think for Celtic and Rangers it would be unbelievable,” said Alan Brazil, as shown on his Sports Breakfast’s official Twitter account on Tuesday.

“But I hate to say, a lot of the fans from Hearts, Hibs and Aberdeen will say ‘good riddance to them and all the sectarian nonsense.’

“Yes I understand what I mean by that but I think it would turn into the league of Wales.

“I’m against it but I do know it would be wonderful for Celtic and Rangers because they will have hundreds of millions to spend and you can see how good they can be.”

"It would end Scottish football"

Alan Brazil on the prospect of Celtic and Rangers joining the Premier League… pic.twitter.com/YhYvOUE5Sc

Celtic and Rangers have long been dominant of Scottish football, winning the top division title 102 times between them with just 22 titles going out to other clubs with Aberdeen, Hearts and Hibernian the next most successful with four each.

Brendan Rodgers’ Hoops side have reigned supreme as of late with Rangers’ financial meltdown playing a big part with the Light Blues having last won the Premiership in 2010/11.

In other Rangers news, Gers and Celtic players have been named in the SPFL team of the week.