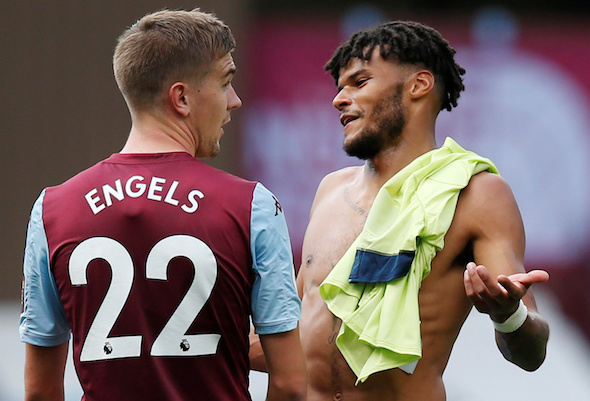 Alan Hutton says that Tyrone Mings has been worth every penny spent by Aston Villa as the cost of his transfer from Bournemouth continues to rise.

Speaking exclusively to Football Insider assistant editor Russell Edge, the former Villa and Scotland international says that the centre-back has proven to be a worthwhile capture from the Cherries, establishing himself as an option for both the Villans as well as England.

The Telegraph report that the Villans could end up paying Bournemouth an extra £1million in add-ons for Mings’ international exploits, with his first four England appearances costing Villa £250,000.

Having reportedly cost an initial £21million, Hutton says that the defender’s performances for both club and country make his signing look like very good value for money and that the extra spending is not a worry for the Villans.

Asked if Mings was worth the extra million, Hutton told Football Insider: “100 per cent, no problem. I don’t think they’ll have any problems paying it.

“We all knew there was going to be some sort of add-ons and the international scenes, that’s where it happens. The thing that Villa need to look at, if he’s playing for England he’s obviously doing something right.

Mings played the full 90 minutes in the 6-0 win over Bulgaria on Monday night, the defender among a number of England players who were racially abused by the home fans in Sofia.

His debut comes after he established himself as a Premier League mainstay under Dean Smith at Villa Park, the former Bournemouth man playing every minute of the club’s league fixtures this season.

In other Aston Villa news, Danny Mills has told Football Insider he was blown away by one senior star after what he saw during the international break.