The former Leeds United forward, speaking exclusively to Football Insider correspondent Dylan Childs, heaped praise on the “amazing” 30-year-old and insisted he is deserving of a new deal at St. James Park.

Gayle scored an 82nd minute winner against his former club West Brom on Saturday in what was his first appearance of the 2020/21 campaign. 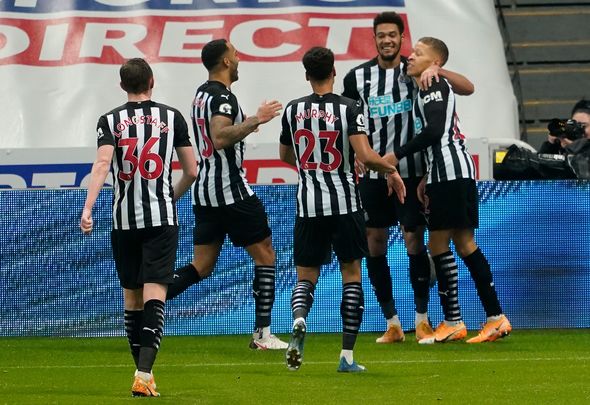 His current contract is due to expire next summer but this site revealed in October the club are keen to agree a new long-term contract with the striker.

As revealed by Football Insider, the club plan to block the striker’s potential exit in January for a cut-price fee.

When asked by Football Insider for his assessment of Gayle’s future, Whelan said:

“Gayle deserves a new contract and I think he will get one because he is a natural goalscorer. That is what you get with him.

“He nearly got a goal before he scored that amazing header and it was amazing – there is no doubt about that. A fantastic cross but he still had lots to do. He was unsighted but the contact was perfect.

“The fact that he has been out for a long time, he looked really sharp at the weekend. He was getting on the ball, holding it up and you do not get too many goalscorers like Dwight Gayle.

“What a weapon to have on the bench right now. There is no harm in offering him an extra year of year and a half on a contract to keep him at the club.

“Give him that opportunity because he has been injured. It would be wrong not to give him the opportunity to showcase what he can do in the Premier League.”

In the latest news, Newcastle United fans favourite has just dropped big exit hint ahead of the January window.