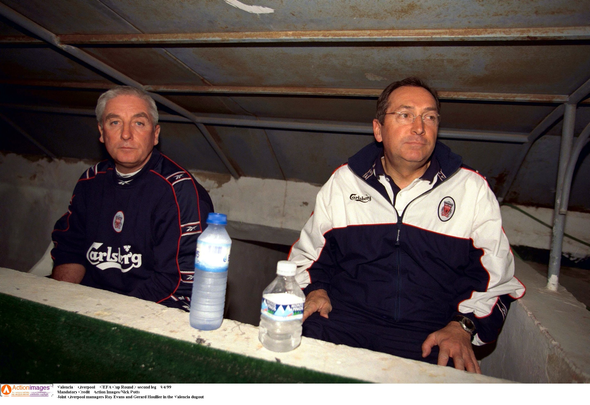 Roy Evans has slammed Liverpool for their lacklustre display against Leicester on Monday.

The former Liverpool manager delivered the verdict on his personal Twitter account as his old team fell to a 3-1 loss to the manager-less champions.

The Foxes went into the game in freefall after failing to win a Premier League game since New Year’s Eve.

However that didn’t stop them from making easy work of Jugen Klopp’s side at the King Power Stadium on Monday and Evans was appalled by the Reds’ lack of quality at either end of the pitch.

“Not good enough on the night,” Evans said. “Never looked like getting a result.”

Liverpool completely folded in the first half-half, going in at the break 2-0 down.

Jamie Vardy got his second of the game to make it 3-0 before Philippe Coutinho grabbed a consolation goal.

Evans was Liverpool boss for four years during the 1990s, which included a spell as a joint manager alongside Gerard Houllier.

Also a former player at Anfield, Evans managed 205 games for the Merseyside club achieving a win percentage of 46.8% with the only trophy he won being the 1995 League Cup.

He will now be hoping Liverpool can pick up their form when they take on Arsenal on Saturday – a team the Reds have already beaten this season.

In other Liverpool news, Jamie Carragher pinpoints which player was found out against Leicester.