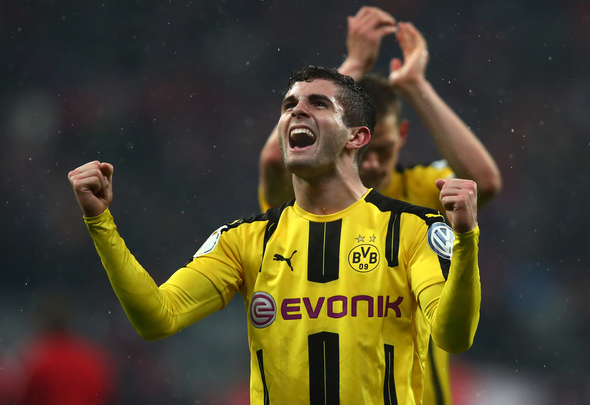 Arsenal are keeping close tabs on Borussia Dortmund centre-back Sokratis Papastathopoulos, according to a report.

News outlet Goal claims that the Gunners will have to battle their London rivals Chelsea if they want to sign him though, as he has hinted that he may be looking for a move away from European giants Dortmund in the future.

“If you’re young, you have a lot of time to win things,” he said, as quoted by Goal. “But I’m not young any more, time is getting shorter and I really want to win a title.”

It is understood that Arsenal are “determined to add” to their defensive options ahead of next season after missing out on Champions League football for the first time in Arsene Wenger’s reign as manager.

The Gunners could be boosted in their battle with Chelsea for the Greek enforcer, as Goal reports that he is not one of the Premier League champions’ top priorities this summer.

Sokratis made 41 appearances across all competitions for Borussia Dortmund this term, scoring three goals.

He moved to BVB from Werder Bremen in 2013 and won this season’s German Cup in his only major piece of silverware for the club.

The 73-times Greece international has previously had spells with AEK Athens, Genoa and AC Milan before moving to the Bundesliga with Bremen in 2011.

Arsenal definitely to add some steel to their defence over the course of the summer and snapping up a player like Sokratis would definitely be the right way to go. He’s a very solid centre-back, who is good in the air and also with the ball at his feet. Having experience at some of Europe’s biggest clubs is also a massive reason as to why the Gunners should look no further than Sokratis and make him their top target for the upcoming transfer window. Chelsea could also do with another centre-back as Antonio Conte looks to retain the Premier League title. However Goal understands they are not that desperate to sign him and that could play well into Arsenal’s hands.

In other Arsenal news, another one of the Gunners’ London rivals are favourites to land this Emirates star.