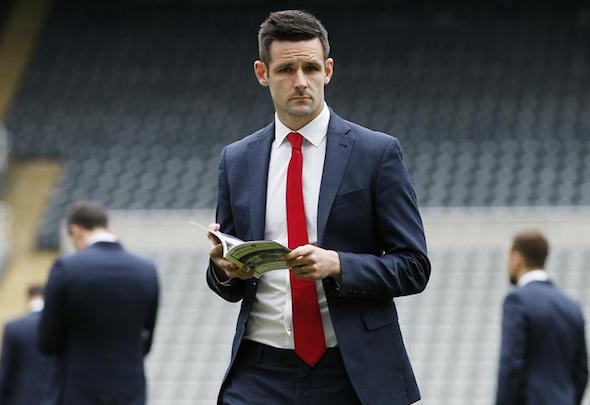 Arsenal are considering a move for Crystal Palace centre-back Scott Dann as they look to end their centre-back crisis.

The Gunners will have to fend off interest from Premier League rivals Everton, who are looking at other possible recruits after a £10million bid was rejected for Swansea captain Ashley Williams, according to SkySports.

The Daily Mail claim that Arsenal have discussed signing experienced English defender Dann after captain Per Mertesacker injured his knee.

Arsene Wenger admitted last week that Mertesacker is out for “months” and that he is in the market for a new centre-back.

Palace centre-back Dann impressed last season under Alan Pardew. The 31-year-old made 35 appearances for the Eagles and continued his reputation as a goalscoring centre-back by chipping in with five league goals.

Former Newcastle boss Pardew is under no pressure to sell his star defender though, with four years still remaining on the extension the former England under-21 international signed last summer.

The North London side were already in the transfer market for a centre-back after doubts were raised over Gabriel’s performances and the future of Laurent Koscielny remains in the balance.

Nevertheless, Arsenal have already signed one English defender this summer, with Rob Holding joining from Bolton.

The Toffees have also been credited with an interest in the former Blackburn defender, as they look set to lose £50million man John Stones to Manchester City this week, according to Sky Sports transfer expert Kaveh Solhekol.

Man City confident they can complete deal for Everton defender John Stones this week. Total cost likely to be £50m

In other Arsenal transfer news, this Bundesliga star is trying to force through a move to The Emirates.