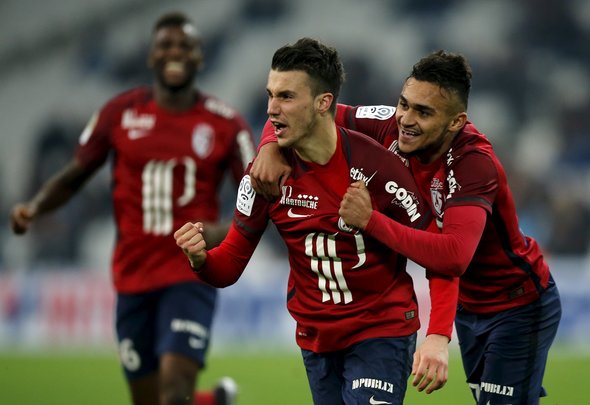 Arsenal are interested in signing Lille right-back Sebastien Corchia this summer, according to a report.

Goal reports that the 26-year-old wants European football next season, and may look for a move abroad, with Arsene Wenger interested.

Corchia’s current contract ties him to the Stade Pierre-Mauroy until the summer of next year, and Goal claim he is ready to leave prior to his contract running out.

The one-time France international has been one of the top right-backs in Ligue 1 for several seasons, and is one of Lille’s most consistent performers.

The former France Under-21s captain has made 39 appearances in all competitions for Les Dogues this term, scoring two goals and providing four assists.

Wenger seems to be keen to reinforce his full-back areas as the Sun claimed that he was also interested in signing Valencia left-back Jose Gaya.

This move could be a smart one for Wenger. Corchia is an experienced defender, having played more than 300 games in the French top-flight, but he is also only 26, so he still has a few good seasons left in him. Carl Jenkinson and Mathieu Debuchy are rumoured to be off in the summer, leaving Hector Bellerin as Arsenal’s only right-back. So it is important that Wenger signs quality here, not only to provide squad depth, but to push Bellerin for the starting spot. Lille may even be willing to agree a cut-price deal to ensure they get something for their man, who is entering the final year of his contract.

In other Arsenal transfer news, Wenger confirms he failed to sign this Champions League hotshot depsite visiting his home.