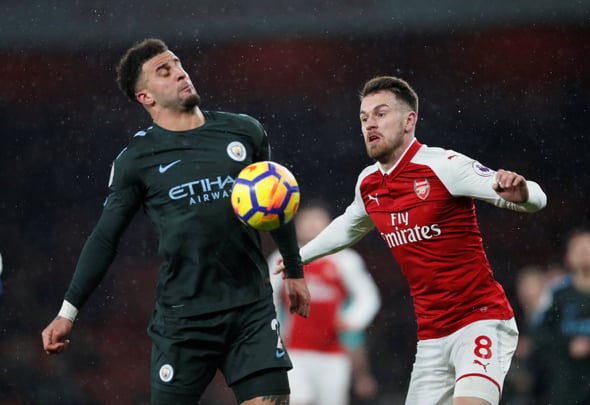 Arsenal lost to Man City 3-0 for the second time in a week in front of a half-empty Emirates on Thursday night.

A chorus of boos met the Arsenal players at half-time and full-time, and the players must have been glad the noise was muted by the tiny crowd.

Some fans would have no-showed because of the weather but there was definitely an element of protest as well, although the fans still recognised one player who stood head and shoulders above the others.

Aaron Ramsey was seemingly the only Arsenal man on the pitch who was putting in 100% and Arsenal fans were quick to point that out.

A lot of fans are convinced that only a change at the top can reverse their fortunes but Wenger doesn’t look like he’s going anywhere.

In the meantime, loyal Gunners fans only had Ramsey’s display on Thursday to cling onto.

Here are the best reactions from Arsenal fans:

Aaron Ramsey, the only player who could come out the game with his head up. Brave heart. https://t.co/Fbg0VJzWLX

Ramsey the only arsenal player for me that can walk of that pitch with his head held high. Rest struggling with confidence.

Ramsey put a shift in tonight. Shame he was the only one.

Ramsey is the only one actually trying, the rest🤔😔

In other Arsenal news, ‘Like he’s playing in quicksand’, ‘Woeful’ – Arsenal fans blame one man for defeat v Man City