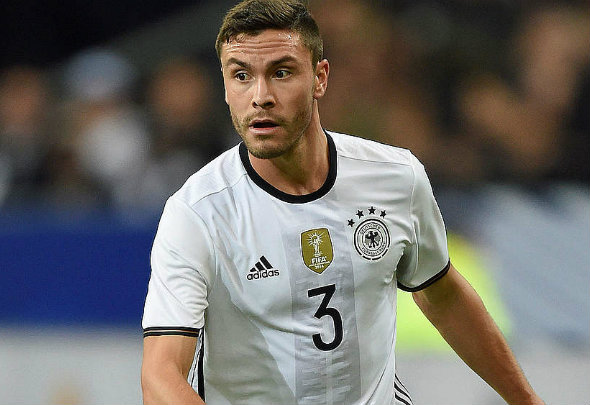 Arsenal have thrown their hat into the ring to sign Koln left-back Jonas Hector, according to a report.

Arsene Wenger is keen to bring in a left-back this summer amid doubts over the future of Liverpool target Kieran Gibbs.

The Express claim that Wenger will have to beat off fierce competition from rivals Liverpool and Tottenham to land the German international.

Hector, 26, has excelled on the left-flank of Germany’s Euro 2016 campaign, producing a solid defensive display as well as offering an outlet when the World Champions go forward.

He still has two years remaining on his contract at Koln but is expected to leave this summer, with the club said to be looking for a fee of around £17million.

Hector made 34 appearances for his side, as they managed to finish in an impressive ninth position. It wouldn’t be the first time the Gunners have done business with The Billy Goats, after bringing in fan favourite Lukas Podolski from the RheinEnergieStadion.

The news will come as a blow to Liverpool manager Jurgen Klopp, who is looking to find competition for Alberto Moreno after question marks were raised over his performances this season.

Tottenham boss Mauricio Pochettino is also interested and wants proven quality at the top-level after qualifying for the Champions League, and the Argentine believes Hector falls into this bracket.

In other Arsenal news, the Gunners are set to battle Liverpool for another man’s signature in a massive £78 million deal.