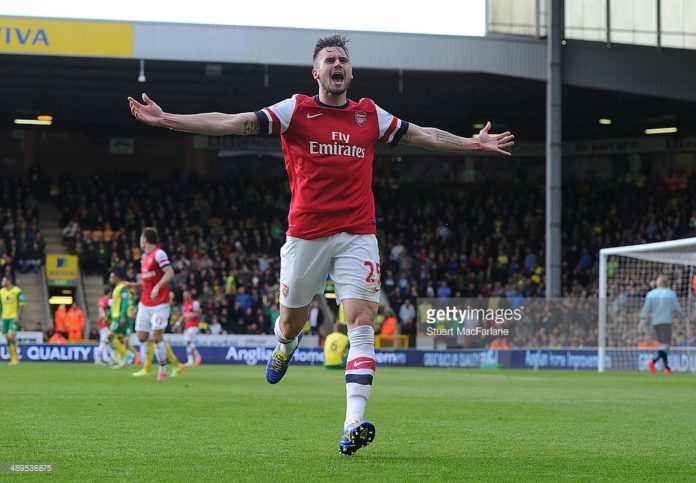 Carl Jenkinson has announced that he will be back in training on Monday morning after a lengthy spell on the sidelines.

The right back, who has been on-loan at West Ham over the past two seasons, returned to the Gunners over the summer and has been working his way back to full fitness.

The 24-year-old sustained cruciate ligament damage while on loan at the Hammers and has not had any first team action for over nine months.

However, he took to his personal Twitter account to express his delight at returning to the first team Gunners fold.

“Back in full training tomorrow,” Jenkinson said. “Feel like a little kid on Christmas Eve.”

However, Jenkinson faces a fight to get some first-team action with the Gunners.

Hector Bellerin has cemented himself as one of the finest right backs in the Premier League and with Mathieu Debuchy still on the books at The Emirates, a loan move looks likely for the former Charlton-man once he regains his match fitness.

Jenkinson is contracted with the Gunners until the summer of 2018 and has scored just the one goal for the club in his time spent under Arsene Wenger, which came in an away victory to Norwich City.