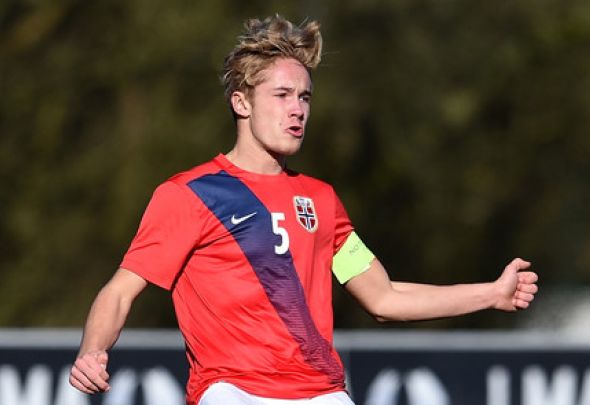 The 16-year-old has signed a scholarship with the North London club from Norwegian giants Lillestrom SK, and is rated as one of the biggest prospects emerging from Scandanavia.

The Sun claim that the centre-back had interested a whole host of Premier League clubs, but has chosen to sign for The Gunners. His scholarship will become a professional contract when he turns 17.

Sandberg impressed Arsenal scouts when he captained the Norway Under-16 side against England’s youth team back in February.

This is the latest youth signing for The Gunners, as they aim to up their scouting system this summer. They’ve already brought in Bolton youngster Rob Holding and Japanese hotshot Takuma Asano.

At 16, Sandberg is likely to develop with The Emirates esteemed youth academy, before attempting to gain first-team football elsewhere on-loan.

Wenger is known for his focus on youth, and has signed some of Europe’s biggest players in their teens. He signed Nicolas Anelka and Gael Clichy at just 17, while Cesc Fabregas put pen to paper at only 16 years of age.

Sandberg could be seen as Per Mertesacker’s long-term replacement and might even be needed as cover during this season. Gabriel’s performances are considered a cause for concern, while Laurent Koscielny’s future hangs in the balance.

In other Arsenal transfer news, Gunners target Mauro Icardi has given this emphatic response about his future.